About Us
History
Leadership
Staff
Board of Trustees
Land Acknowledgement
Finances

Magic Theatre is dedicated to the cultivation of bold new plays, playwrights, and audiences – and to producing explosive, entertaining, and ideologically robust plays that ask substantive questions about, and reflect the rich diversity of the world in which we live. Magic believes that demonstrating faith in a writer’s vision by providing a safe yet rigorous artistic home, where a full body of work can be imagined, supported, and produced, allows writers to thrive.

Now celebrating its 55th year of continuous operation, Magic is dedicated to creative risk: we cultivate bold new plays and playwrights to produce explosive, entertaining, and ideologically robust stories that ask substantive questions about our place in humanity. Magic provides a nurturing yet rigorous artistic home where innovative writers can create a body of work. We believe that developing an evolved artistic vocabulary with the playwright at our side, over a long period of time, greatly improves a playwright’s chances to thrive. We believe that, by adding vanguard voices to the canon and expanding access to new theatre-goers, we ensure the future vibrancy of the American theatre.

Magic’s impact on the field has resonated throughout the United States beginning with its founding by John Lion in 1967. Michael McClure served as the first playwright in residence beginning in 1969 with his early plays. Sam Shepard cut his playwright’s teeth at Magic, starting in 1975.  His seminal plays were written and premiered during his decade-long residency, including Buried Child (Pulitzer Prize, 1979), True West (both directed by Robert Woodruff), and Fool for Love. Martin Esslin, internationally renowned scholar and critic, joined the company as the first resident dramaturg in American theater in 1977, a position now integral to American new playhouses. From Sam Shepard’s early Pulitzer and Obie-award winning plays to Luis Alfaro’s world premiere of Oedipus el Rey in 2010 and 2019, Taylor Mac’s groundbreaking five hour epic The Lily’s Revenge in 2011, and Han Ong’s Grandeur in 2017, the Magic has continued to produce groundbreaking new plays. Magic continues to invest in playwright residencies and long-term artistic developmental efforts as it hones its focus on new play creation in concert with the playwright.

Since  Loretta Greco (Artistic Director 2008-2020) assumed leadership of Magic, the theatre has produced twenty-five world premieres, seventeen of which have enjoyed extended life beyond the Magic stage throughout the U.S. and abroad. Three of Magic’s plays were seen in L.A. and New York in the first part of 2014: Se Llama Cristina at Pasadena’s Boston Court, Annapurna produced by Off-Broadway’s New Group, and Arlington, Off-Broadway at the Vineyard Theatre. The international reach of Magic’s new plays spans the globe, with productions of Any Given Day in Paris, and American Hwangap (translated into Korean) in Seoul. Taylor Mac’s Hir has not only enjoyed recent runs at Steppenwolf Theatre, Playwrights Horizons, Mixed Blood Theatre Company, and the Woolly Mammoth Theatre Company here in the U.S., but also garnered success abroad with recent runs in London and Sydney. Hir continues to be frequently and widely produced.

Other Magic premieres recently completed runs at theatres throughout the U.S. and Canada: Se Llama Cristina by Octavio Solis at Kitchen Dog in Dallas; Jesus in India by Lloyd Suh off-Broadway at Ma-Yi Theater Company, co-produced by The Play Company; An Accident by Lydia Stryk at Northern Lights Theatre in Edmonton; Sister Play by John Kolvenbach at Chester Theatre Company and Dreamcatcher Repertory Theatre. Sharr White’s Annapurna enjoyed a production at Los Angeles’s Odyssey Theatre, and his play The Other Place was produced on Broadway at the Samuel J. Friedman Theatre. Luis Alfaro’s Mojada: A Medea in Los Angeles, which premiered at Magic as Bruja in 2012, recently had a production at the Oregon Shakespeare Festival. His earlier work, Oedipus el Rey, will be produced in The Public Theatre’s 2017-2018 season. Oedipus el Rey was awarded the Will Glickman Playwriting Award for 2010 and Annapurna was a finalist for the 2012 Steinberg/ACTA New Play Award.

In April of 2021, Magic announced its next Artistic Director, Sean San José, a Bay Area theatre maker, performer, and producer, who has been making change and amplifying theatrical innovation for the last 25 years.  His long history with Magic is fundamentally tied to his history with theatre writ large.  Over the years, Sean has had the honor of working at Magic under Mame Hunt’s leadership and more recently under Loretta Greco’s direction in new works by Luis Alfaro, Jessica Hagedorn, Octavio Solis, and many more. 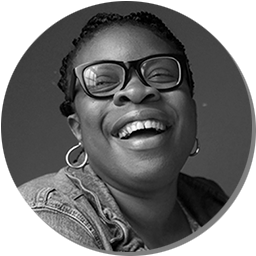 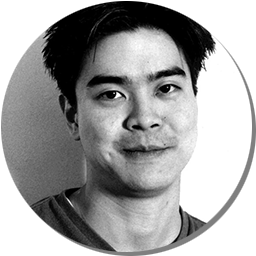 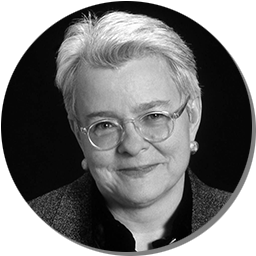 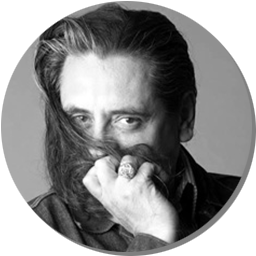 • John Lion, a Graduate student at U.C. Berkeley working under the tutelage of Professor Jan Kott, directs Ionesco’s THE LESSON at the Steppenwolf Bar.

• The company names itself “Magic Theatre” from the scene in Herman Hesse’s novel, STEPPENWOLF, where the central character Harry Haller is invited to attend an “Anarchist Evening at the Magic Theatre, For Madmen Only, Price of Admission Your Mind”

• Michael McClure writes THE CHERUB and MEAT POEM for the Magic Theatre, beginning an 11-year artistic relationship that establishes the Magic as an important center for the creation and performance of new American plays.

• McClure’s most famous work, THE BEARD, and his longest running hit GORF, premiere at the Magic. Both are directed by John Lion.

• Sam Shepard joins the Magic as its Playwright in Residence.

• Martin Esslin, internationally renowned scholar and critic, joins the Magic as its Dramaturg. The Magic becomes the first theatre in America to establish this position.

• Alan and Bean Finneran’s SOON 3 and Jock Reynold’s HOSPITAL premiere at the Magic, introducing the new form known as “performance art” to the Bay Area.

• Sam Shepard’s BURIED CHILD receives its world premiere at the Magic under the direction of Robert Woodruff.

• BURIED CHILD wins the Pulitzer Prize for Drama. The play runs for more than one year Off-Broadway; in subsequent seasons it receives more than 400 productions around the world.

• John Lion receives the first award given for Achievement in Theatre by the San Francisco Arts Commission, and a special commendation from the Mayor.

• The Magic Theatre is nominated for a Tony Award as best Regional Theatre in America.

• The Magic premieres STUCK and SANDCASTLES by Adele Edling Shank.

• Shepard’s FOOL FOR LOVE starring Ed Harris and Kathy Baker, makes its debut at the Magic. The production is transferred to New York’s Circle Repertory Theatre, where it garners critical acclaim and numerous Obies, including Best New Play.

• Lynne Kaufman’s first play, THE COUCH, is premiered by the Magic and receives the Will Glickman Award for Best New play.

• John Lion and the Magic Theatre receive the highest honor given by the Dramatists Guild. A national panel of theatre artists, critics and scholars bestows the Margo Jones Award, citing the Magic’s “significant contribution to the dramatic art through the production of new plays.”

• The Magic revives FOOL FOR LOVE, which is featured at the Singapore Festival of the Arts.

• John Lion directs A MOON FOR THE MISBEGOTTEN, in honor of the Eugene O’Neill centenary. The production runs for 165 performances, becoming the longest-running play in the history of the Magic Theatre.

• The Magic inaugurates a two-part Educational Outreach program, consisting of the Magic Learning Project and the Young California Writers Project. Both use theatre as a catalyst for learning in all parts of the high school curriculum.

• After its initial three week run, Claire Chafee’s WHY WE HAVE A BODY, directed by Jayne Wenger, extends for an additional six months.

• The Magic opens PLAYLAND by Athol Fugard, directed by Benny Sato Ambush, on the night of Nelson Mandela’s inauguration

• PIECES OF THE QUILT, conceived of by noted Magic actor Sean San Jose Blackman, a stunning collection of short, new plays which both celebrate and mourn those living with or who have perished from AIDS, opens at the Magic.

• The Magic premieres the musical THE OPPOSITE SEX starring Tony Award winner Karen Ziemba and an all-star Broadway cast.

• The Magic premieres MOVING RIGHT ALONG, written and directed by Elaine May, starring Marlo Thomas.

• The Brother/Sister Trilogy by Tarell Alvin McCraney sells out extended runs at Magic and each of the participating theatres making Bay Area co-production collaboration history with Marin Theatre Company and American Conservatory Theatre.

• Magic begins its community-wide Sheparding America celebration​, opening the 47th season with Sam’s Pulitzer Prize winning work, BURIED CHILD,​ in honor of the theatre’s march to its 50th anniversary season. Along with productions of Sam Shepard’s plays throughout the year in 5 different theatres, Magic hosted a raucous 70th birthday bash in honor of their beloved, original playwright in residence.

• Magic produces an unprecedented season of 4 consecutive world premiere productions solidifying the theatre’s longstanding reputation as one of the pre-eminent new play incubators in the country.

The Resting Place by Ashlin Halfnight

In Old Age by Mfoniso Udofia 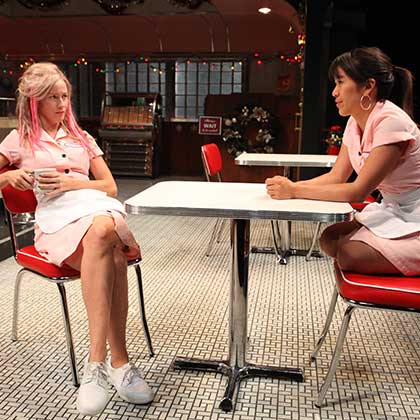 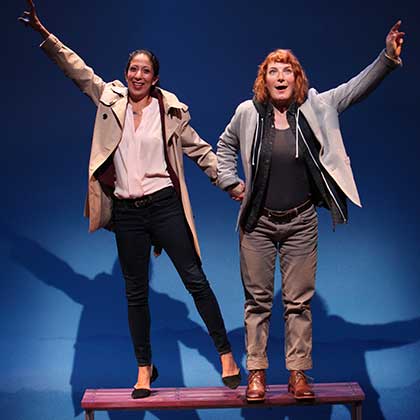 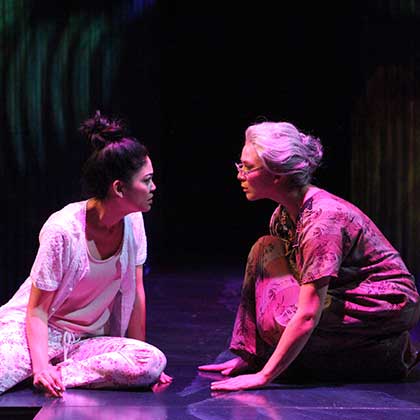 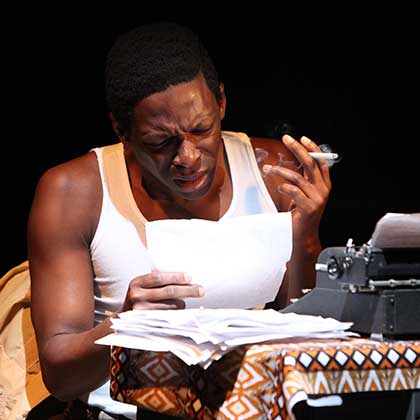 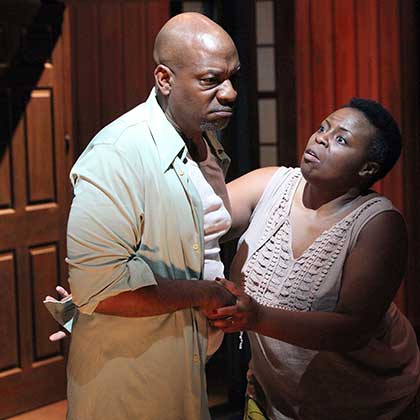 Sean San José is a Bay Area theatre maker, performer, and producer, making change and amplifying theatrical innovation for the last 25 years.  His long history with Magic is fundamentally tied to his history with theatre writ large.  Over the years, Sean has had the honor of working at Magic under Mame Hunt’s leadership and more recently under Loretta Greco’s direction in new works by Luis Alfaro, Jessica Hagedorn, Octavio Solis, and many more.

Sean is a Co-Founder and the current Program Director of the new performances group Campo Santo, a group that has developed, produced, and premiered nearly 100 new works for and by People of Color since 1996.  One of these works, Nogales, by Richard Montoya was a co-production and collaboration with Magic Theatre, launching Magic’s 50th Anniversary Season in 2016.

Sean San José is a guest lecturer and guest director at University of California Berkeley, sat on the Theatre Communications Group board of directors, and was a member of the Zellerbach Family Foundation review panel.  He is a recipient of multiple MAP fund awards, and was commissioned in the inaugural round of writers for Oregon Shakespeare Festival’s Play On! to create a translation of William Shakespeare’s Coriolanus.  This June, Sean is excited to begin his post as Magic Theatre’s new Artistic Director.

Magic is looking to expand the Board of Trustees
If you are interested in joining an organization that is committed to supporting bold new plays and playwrights, we would be interested in talking to you.
board@magictheatre.org

Email the Board
Board Affiliations
Ramaytush Ohlone Land Acknowledgement

Magic Theatre sits on the unceded land of the Ramaytush (Rah-my-toosh) Ohlone (Oh-loh-nee) peoples. We acknowledge the Ramaytush Ohlone community, their elders both past and present as well as future generations. We affirm their continuing presence in their homelands.

Spanish and European colonizers violently displaced these communities beginning in the 18th century. The Ramaytush Ohlone people cherished and protected this land over many centuries. We are grateful to be here today on their traditional lands and recognize that the Ohlone are still here, and are not relics of the past-- colonization is an ongoing process, with Native lands still occupied due to deceptive and broken treaties.

We hope this acknowledgement is one small step toward correcting the stories and practices that erase Indigenous people’s history and culture and toward inviting and honoring the truth.

‍Magic encourages its visitors to learn about the past and present of the Ohlone people and the oppressive history of Fort Mason.

Since our activities–-especially in this time of Covid-19--are shared digitally on the Internet, we’d also like to acknowledge the legacy of colonization embedded within our technology. Technological devices and high speed internet are not readily available in many indigenous communities. These technologies leave significant carbon footprints that contribute to changing climates that disproportionately affect indigenous peoples worldwide.

We invite you to join us in acknowledging and dismantling the ongoing legacies of settler colonialism.
‍
‍http://www.muwekma.org/
‍https://www.nps.gov/prsf/learn/historyculture/indigenous-period.htm
‍https://fortmason.org/about/history/
‍http://www.ramaytush.com
‍

As a public nonprofit, financial transparency is important.
If you have any questions or wish for more information, please contact board@magictheatre.org.