The gangster of love

the gangster of love 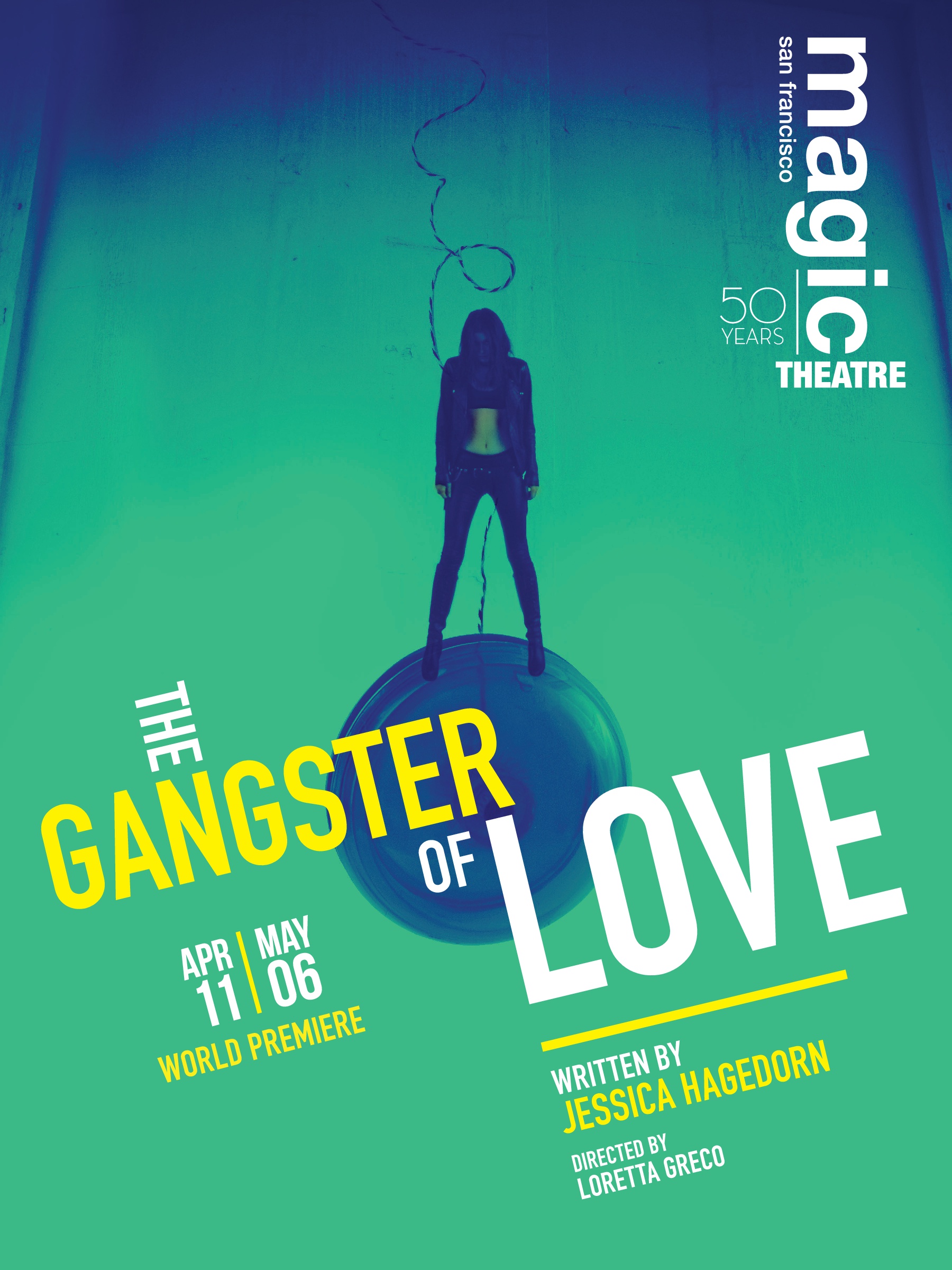 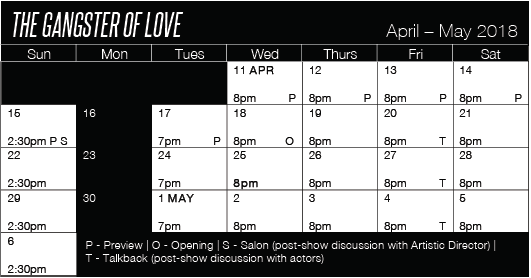 THE GANGSTER OF LOVE focuses on the author's own story of immigration from Manila and is based on her book of the same name. In THE GANGSTER OF LOVE, Raquel "Rocky" Rivera and her eccentric family settle in the Haight during the 1970s, amidst a dynamic period of conflict, social change, and artistic flourishing in San Francisco. The lauded city of poets, rebels, and thriving musicians will be reclaimed at Magic Theatre through the eyes of Hagedorn's immigrant artists. This world premiere stage adaptation will feature live music, poetry reading, and music video. 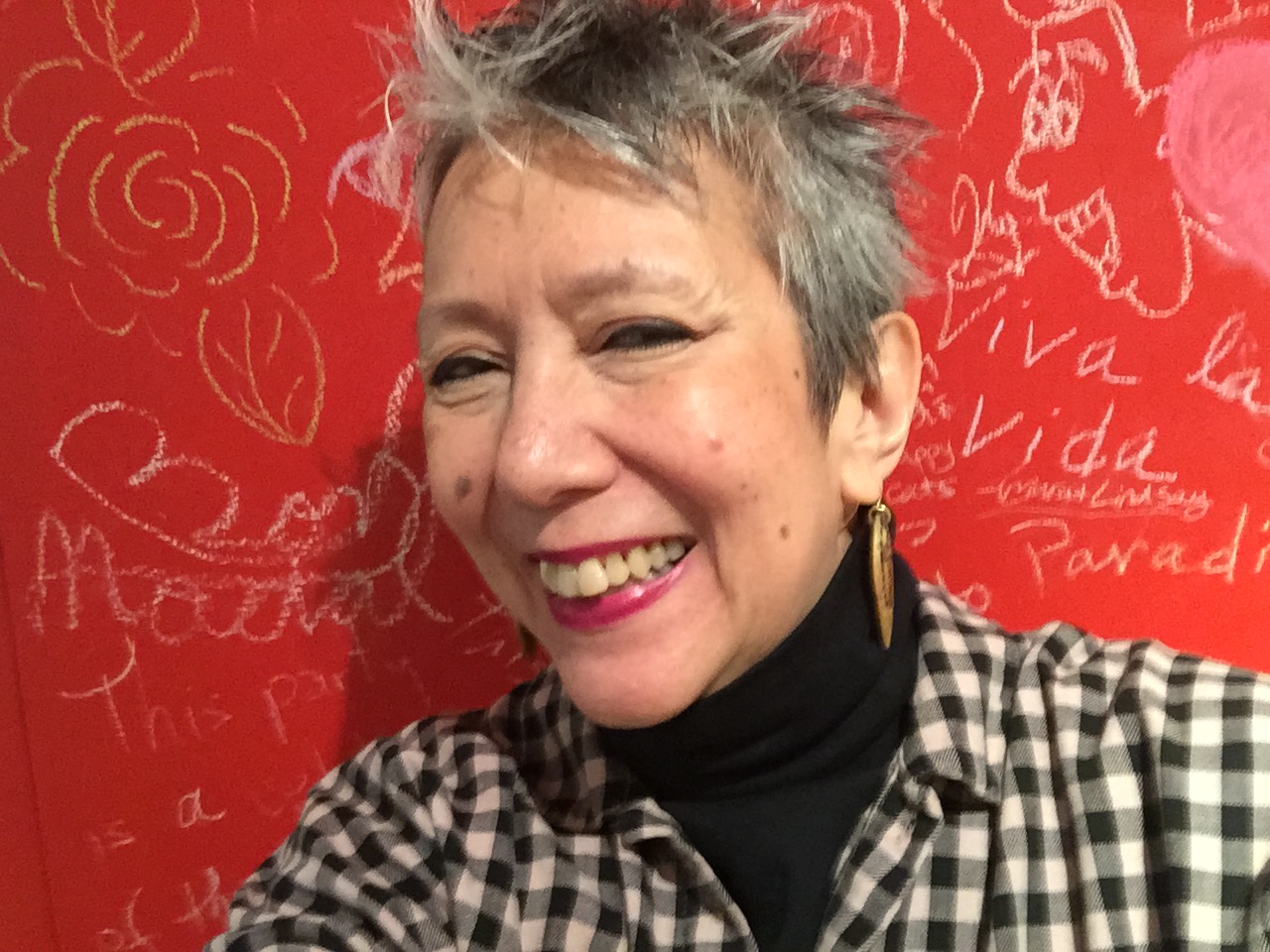 Jessica Hagedorn was born and raised in the Philippines and came to the United States in her early teens. Her novels include Toxicology, Dream Jungle, The Gangster Of Love, and Dogeaters, winner of the American Book Award and a finalist for the National Book Award.Hagedorn is also the author of Danger And Beauty, a collection of poetry and prose, and the editor of three anthologies: Manila Noir, Charlie Chan Is Dead: An Anthology of Contemporary Asian American Fiction and Charlie Chan Is Dead 2: At Home In The World.Work in theatre includes the musical play Most Wanted, a collaboration with composer Mark Bennett and director Michael Greif at La Jolla Playhouse; Fe In The Desert and Stairway To Heaven for Campo Santo in San Francisco, and the stage adaptation of Dogeaters, which was presented at La Jolla Playhouse and at the NYSF/Public Theater (dir. by Michael Greif), at the Kirk Douglas Theatre in Culver City (dir. by Jon Lawrence Rivera) and in Manila (dir. by Bobby Garcia).Hagedorn wrote the screenplay for Fresh Kill, a feature film directed by Shu Lea Cheang. She wrote the scripts for the experimental animated series The Pink Palace, which was created for the first season of the Oxygen Network.From 1975-85, Hagedorn was the leader of a band called The Gangster Choir. One of her signature songs, “Tenement Lover”, is included in John Giorno’s ‘80s downtown music anthology, A Diamond Hidden in the Mouth Of A Corpse.Honors and prizes include a Gerbode, Hewlett Foundations’ Playwriting Award, a Lucille Lortel Playwrights’ Fellowship, a Guggenheim Fiction Fellowship, a Kesselring Prize Honorable Mention for Dogeaters, an NEA-TCG Playwriting Residency Fellowship, as well as fellowships from the Sundance Playwrights’ Lab and the Sundance Screenwriters’ Lab.Hagedorn has taught in the MFA Playwriting Program at Yale, and in the MFA Creative Writing Program at LIU Brooklyn, NYU and Columbia University. 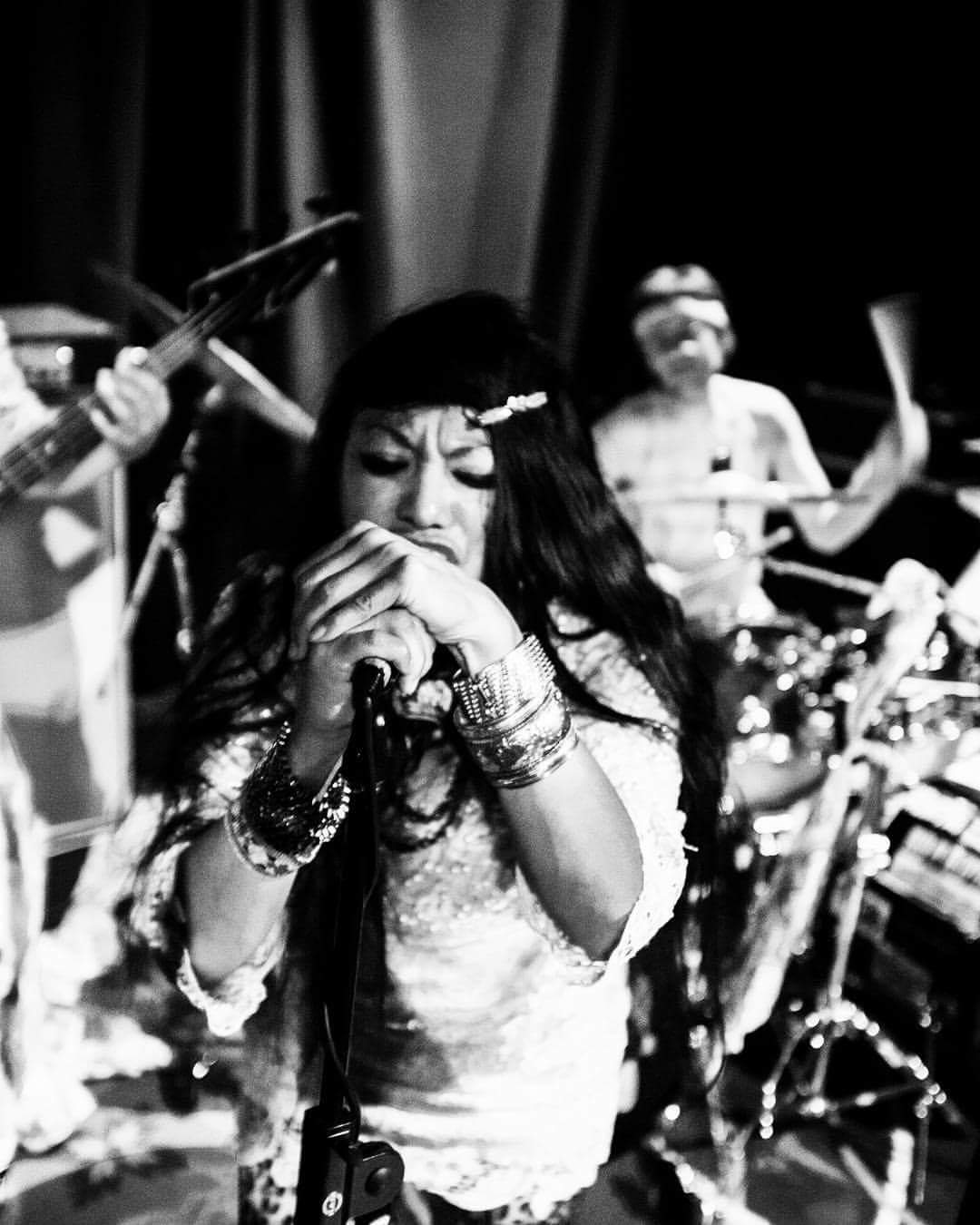 ‍  A writer, musician and performer,     Golda’s work is most often with   her   bands Golda + The Guns,     DeathGlam and The Soft Stars.     With her acting, directing and     producing chops at home at     Bindlestiff Studio, the epicenter     for   Filipino American Performing Arts — Golda has worked with Overseas Artists, 8th Wonder, Pinoisepop, Jeanne Barroga, Taste Better Wit, Stories High, The Love Edition, and Aklasan Fest. Currently, Golda is developing DARKHEART, A Concert Narrative with past presentations including Kearny Street Workshop’s  APAture 2017 Performing Arts, and the Consortium of Asian American Theaters & Artists in Ashland, Oregon 2016.

LAWRENCE RADECKER (RICK/FATIMA/DECLAN) is honored to be back in Jessica Hagedorn's world after previously performing in Magic Theatre’s production of Dogeaters. He is a resident artist with both Crowded Fire Theater and Golden Thread Productions where he's developed and debuted numerous roles. Other theatre credits include shows at San Jose Stage, Aurora Theatre Company, Marin Theatre Company, Thick Description, Impact Theatre and Bootstrap Theatre amongst others.

JED PARSARIO (VOLTAIRE/BENNY) is thrilled to return to Magic Theatre where he was last seen in DOGEATERS.  He is a resident artist at Bindlestiff Studio with multiple production credits including TAGALOG FESTIVAL.  He is a teaching artist at TheatreWorks.  Most recent credits include: THE CIRCUIT (SCU Presents); KANO + ABE: A DALY CITY BIBLE STORY and  BEST OF PLAYGROUND 2017 (SF Playground).  Jed has also worked with A.C.T., California Shakespeare, Cutting Ball, Local Dystopia, Marin Theatre Company, Marin Shakespeare Company, San Jose Stage, SF Playwrights Foundation, TheatreWorks Silicon Valley, and Vallejo Shakespeare Company. Catch him next in WHITE at Shotgun Players. www.jedparsario.com

LISA HORI-GARCIA* (FELY) is honored to be working alongside this incredible group of creative beings on the world premiere of The Gangster Of Love.  As a longtime fan of Jessica Hagedorn’s work - this project is a dream come true!  Lisa is a San Francisco based actor, writer, director, singer and teaching artist, who’s primary artistic home is with the San Francisco Mime Troupe (political theater company) where she has been a principle actor/collaborator since 2004 in such shows as Schooled, Freedomland and Doing Good.  Other Bay Area credits include: California Shakespeare Theater, Campo Santo, Word for Word, Berkeley Repertory Theatre, ACT, Marin Theater Company and BRAVA Theater. Lisa received her BA from Smith College in Northampton, Massachusetts and MFA in Acting from the University of Southern California in Los Angeles, California. She is also a proud member of Word 4 Word’s Associate Artist Group. www.lisahorigarcia.com

LANCE GARDNER* (ZEKE/BUGSY/JIMI) is a prolific Bay Area actor. He was previously seen at Magic in T.I.C. Trenchcoat in Common  He most recently performed in Skeleton Crew at Berkeley Repertory Theatre. Other Berkeley Rep credits include: An Octoroon, Shakespeare in Love, Fuddy Meers, Equivocation, A Streetcar Named Desire, Lovers and Executioners, and A Short History of Nearly Everything. Other Bay Area credits include: The Christians at SF Playhouse. California Shakespeare Theater, TheatreWorks in Silicon Valley, Marin Theatre Company, Magic Theatre, Encore Theatre, Climate Theatre, and more. He is the producer and host of the upcoming podcast Re: TheatRe.

DEZI SOLEY (KEIKO) is a prismatic artist co-creating embodiments of the Divine through explorations in images, spoken word & movement. Since earning her BA (Cultural & Regional Studies, Minor in Dance) from Prescott College, she has trained and performed with Bay Area traditional Haitian & South African dance theater companies El Wah Movement & Jikelele Dance Theatre. Her most recent credits include starring in the independent feature film Like, Reply, Share (written & directed by Josh Peterson), Campo Santo’s Ethos De Masquerade (directed by Sean San Jose), her lead role in Star Finch's Bondage (directed by Elizabeth Carter), and in TheatreFirst productions: The Farm, Participants and Between Us. Solèy is currently represented by Stars The Agency. www.dezisoley.com

SEAN SAN JOSE* (MARLON/CARABAO KID) is happy to return to Magic Theatre and thrilled to work with the great Jessica Hagedorn again. He has had the honor of working on two of her original plays for the company Campo Santo and has performed her prose material with her many times. Thank you to BongBong for the connection to Jessica.