The season ends with the return of Irish playwright Mark O’Rowe (Howie the Rookie) and the first American production of his international hit, Terminus. His lyrical and lacerating poetic language takes you on a visceral ride from the bustling streets of Dublin to the skies above, then deep into the bowels of the earth, as three people are ripped from their daily lives and thrown into a fantastical world of singing serial killers, avenging angels, and lovesick demons.

Jon Tracy (Director) is excited to be back at the Magic after directing last year’s production Linda McLean’s Any Given Day. He works as a director, playwright, designer and educator throughout the Bay Area and beyond. He works with such companies as Shotgun Players (Company Member; directed The Farm, The Salt Plays Pt. 1: In the Wound, The Salt Plays Pt. 2: Of the Earth), The SF Playhouse (directed Man of La Mancha, Bug, Slasher, Bloody, Bloody Andrew Jackson and Aaron Loeb’s award winning First Person Shooter), Marin Theatre Company (directed It’s a Wonderful Life: A Live Radio Play), American Conservatory Theater (directed their MFA students in The Rainmaker, The Diviners), Aurora Theatre Company (developed Ron Campbell’s Sinker and directed The Elaborate Entrance of Chad Deity), Darkroom Productions (Founder, Former Artistic Director; directed and designed productions of Macbeth, subUrbia, King Lear, Marisol, Some Devil Whisper – Jon’s movement adaptation of Titus Andronicus – and The Good News, which he also wrote), Willows Theatre (West Coast premiere of Evil Dead: The Musical), Impact Theatre (writer and director of See How We Are), TheatreFIRST (directing Grapes of Wrath), Sonoma County Repertory (directing Nixon’s Nixon, Welcome Home, Jenny Sutter, Macbeth as well as adapting Charles Dickens’ A Christmas Carol), New Conservatory Theatre (Bay Area Critics Circle Nomination for Fight Choreography of R & J), Missouri St. Theatre (writer and director of the award winning Chatterbox: The Anne Frank Project), Traveling Lantern Theatre Company (former Artistic Director), and the San Francisco, Marin, Carmel, Napa, Sebastopol, and Lake Tahoe Shakespeare Festivals. Further, Jon is a Company Member of PlayGround and an Associate Artist at The Berkeley Playhouse (directed The Pirates of Penzance, Guys and Dolls, The BFG, The Wizard of Oz, Narnia and the writer/director of Born and Raised as well as core instructor for their youth programs). A graduate of Solano College Theatre’s Actor Training Program, he is also the recipient of the Kennedy Center Meritorious Achievement Award, fifteen North Bay Arty Awards, a Sacramento Elly Award, Bay Area Critics Circle Award and is a grant recipient from Theatre Bay Area and the National Endowment for the Arts. He is a proud member of SDC, the union for stage directors and choreographers. www.jontracy.com.

Marissa Keltie* (B) feels extremely lucky to be making her Magic Theatre debut with this amazing piece. She recently played Lauren in Circle, Mirror, Transformation at Marin Theatre Company, where she also appeared in the world premiere of Bellwether. She was previously seen in Crevice at Impact Theatre, A Lie of the Mind at Boxcar Theatre, and Josh Costello’s adaptation of Little Brother at Custom Made Theatre Company. Her Bay Area credits include productions with Cal Shakes, SF Playhouse, Shotgun Players, Crowded Fire Theater, Central Works, California Theatre Center, and Berkeley Playhouse.

Carl Lumbly* (C) is excited to make his Magic Theatre debut in Mark O’Rowe’s Terminus. Carl’s most recent Bay Area stage appearance was earlier this year for the San Francisco Playhouse production of The Mother F**ker with the Hat. Prior to that performance, he appeared in February/March 2013 for the Lorraine Hansberry Theatre production of Blue/Orange. From stage to screen, Carl Lumbly is an actor respected for his steadfast talent, versatility and class. His prolific career includes over 50 credits in television, film and the theatre and extensive critical acclaim. He recently had a recurring role on the TNT cop drama, Southland, where he played a new police captain. Other notable television roles include his work for five seasons on Alias, and in the hit TV series Cagney and Lacey. Throughout his celebrated career, Mr. Lumbly has earned a variety of awards and nominations for his work. His extensive film feature credits include Men of Honor Everybody's All-American, How Stella Got Her Groove Back, South Central, Pacific Heights, To Sleep With Anger, The Bedroom Window, The Adventures of Buckaroo Banzai and Caveman. For television, he starred in Color of Friendship, Little Richard, On Promised Land, The Ditchdigger's Daughters, Nightjohn, and Sounder, ABC's telefilm remake of the 1972 classic. Mr. Lumbly also starred as the voice of action hero 'J'onn J'onzz/Martian Manhunter,' in the Cartoon Network's animated series Justice League.

Stacy Ross* (A) is delighted to be back at Magic since her appearance in Linda McLean’s Any Given Day last year, and to work with Mr. Lumbly, Ms. Keltie and once again with Mr. Tracy. She has appeared at CalShakes, Berkeley Rep., A.C.T., San Jose Rep, Marin Theatre Co., Aurora Theatre Company, San Francisco Playhouse and Baltimore's Centerstage, among others. She is a member of Playground and an Associate Artist at California Shakespeare Theatre. She is also a member of Symmetry Theatre Company.

* Member of Actors' Equity Association, the Union of Professional Actors and Stage Managers.

Angela Nostrand* (Stage Manager) is thrilled to return to Magic Theatre. Recent credits include: Fallaci at Berkeley Rep; Another Way Home, The Crowd You’re In With, Expedition 6, Evie’s Waltz, K of D: an urban legend, The Long Christmas Ride Home, Octopus, Tir na nog, and Why We Have a Body at Magic Theatre; Bosoms and Neglect, The Eccentricities of a Nightingale, The Elaborate Entrance of Chad Deity, Fat Pig, The Price, Private Jokes, Public Places, The Soldier's Tale, and Speech & Debate at Aurora Theatre Company; 9 Circles, Charlie Cox Runs with Scissors, and The Pavilion at Marin Theatre Company. She has also worked with companies such as B Street Theatre, Encore Theatre Company, Joe Goode Performance Group, Southern Rep, A Traveling Jewish Theatre, and Word for Word.

Robert Brill** (Scenic Designer) Robert Brill's designs for Broadway include Jesus Christ Superstar, Guys and Dolls (Tony nomination), Assassins (Tony nomination), Design for Living, Buried Child, and the critically acclaimed revival of Cabaret. Recent designs include the world-premieres of Christopher Plummer’s A Word Or Two; Moby-Dick for Dallas Opera, SF Opera and others; and the Flaming Lips’ musical Yoshimi Battles the Pink Robots. Brill has designed for the Metropolitan Opera, Whitney Museum of American Art, Lincoln Center Theatre, the Stratford Festival, A.C.T., and La Jolla Playhouse where he is currently an Artist-in-Residence. Founding member of Sledgehammer Theatre and recipient of the Merritt Award for Excellence in Design and Collaboration.

Gabe Maxson (Lighting Designer) Recent Bay Area designs include Assassins for Shotgun Players, Circle Mirror Transformation for MTC, The Tempest for Cal Shakes, Higher for A.C.T., So I Married Abraham Lincoln for Paufve Dance, Hunters Point for Strange Angels and The Companion Piece for Z-Space. Gabe is also an artistic associate at The Wooster Group (NYC), where he worked full-time from 2002-2008. He co-designed, with renowned designer Jennifer Tipton, the premieres of La Didone (2008), Hamlet (2006, 2011), and Poor Theater (2004), and co-created the interactive video installation There Is Still Time. . . Brother (2007). He is recipient of a 2009 TBA CA$H Grant (with his wife, actress Michelle Maxson) and a 2011 Lighting Artists in Dance Award. Maxson is an assistant professor of production and design and resident designer at the University of San Francisco.

Sara Huddleston (Sound Designer) joined Magic staff in March ’07. For Magic, she designed Se Llama Cristina, Another Way Home, Any Given Day, Jesus In India, What We’re Up Against, Or,, The Brothers Size, An Accident, Mrs. Whitney, Goldfish, Mauritius, Evie’s Waltz, The K of D and Octopus (Magic/Encore Theatre Company). Further Bay Area sound design credits include In On It and T.I.C (Encore Theatre Company); The Shaker Chair (Encore Theatre Company/Shotgun Players); Macbeth (Shotgun Players); Volleygirl and Riot (A.C.T Youth Conservatory); Three on a Party (Word for Word); A Round Heeled Woman (Z Space); and Invasion! (Crowded Fire). Ms. Huddleston received a B.F.A from the Carnegie Mellon School of Drama.

Deborah Sussel (Dialect Coach) continues her work with The Magic Theater this season, having coached last season's Why We Have A Body and Any Given Day. Last year she worked on Blue/Orange at the Lorraine Hansberry Theatre and My Fair Lady at SF Playhouse. She is a Senior Lecturer at UC Berkeley in the Theater, Dance, and Performance Studies Deptartment, where she recently coached dialects and text for The Ruling Class. Throughout the Bay Area she works privately with clients on voice, speech, and communication techniques...* Member of Actors’ Equity Association** Member of United Scenic Artists local 829. 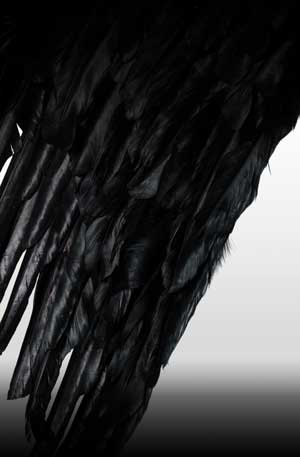