It is thirty years later, and Abasiama is living in Worcester, Massachusetts with her husband. Their house is haunted… but only he can see the ghost. runboyrun is a reckoning that brings the shadows of an unspeakable past to a head-on collision with the cruel realities of the present.

“I wrote this play because I wondered at the nature of unconditional love and the circumstances/fears that prohibit us from expressing it.” –Mfoniso Udofia

Mfoniso Udofia is a 1st Generation Nigerian-American storyteller, actress and educator. Mfoniso attended Wellesley College for Political Science and obtained her MFA in Acting from San Francisco’s Tony Award winning, American Conservatory Theater. During her stay in the Bay, she co-pioneered a youth initiative, The Nia Project, which provided artistic outlets for youth residing in Bayview/Huntspoint.

Sean San José (Director) is honored to work with Mfoniso Udofia and her profound work and to direct at the Magic Theatre for the first time.  San José has been able to perform in many new works at the Magic Theatre, more recently in the premieres of works by Luis Alfaro and others.  He is part of the group Campo Santo, whose next new works will be: H.O.M.E. by San Francisco native Star Finch premiering as part of an A.C.T. residency at the Strand June 29- July 10; and Nogales created with Richard Montoya and Joan Osato, which will open the Magic's 2016-17 season in October!


Adrian Roberts* (nsikan disciple ufot) is thrilled to be back at Magic where he was last seen as Charles Boyd in Pen/Man/Ship and Shaka in Tough Titty. Other Bay Area credits include King Basillio in Life is a Dream directed by Loretta Grecco, at Cal Shakes Gabriel in Fences at Marin Theater Co., Gabriel in Breakfast With Mugabe at Aurora Theater Co.,Claudius in Hamlet at Cal Shakes, Martin Luther King Jr in The Mountaintop at Theaterworks. Regional credits include Booster in Jitney at American Stage, Asagai in Raisin in the Sun at Huntington Theater Co. Ken in Playboy of the West Indies at Lincoln Center, three seasons at Oregon Shakespeare Fest among many others. Television credits include Scrubs, Criminal Minds, Brothers & Sisters. Mr. Roberts is a graduate of ACT's MFA program.

Omoze Idehenre* (abasiama ufot) Gem of the Ocean, The Convert, Seven Guitars at Marin Theater Company. The Comedy of Errors and Richard III at Oregon Shakespeare Festival; The Winter’s Tale, Spunk and Macbeth at Cal Shakes; A Doll’s House, Elektra, Scorched, Clybourne Park,The Caucasian Chalk Circle, A Midsummer Night’s Dream, Scapin and Marcus: Or the Secret of Sweet at A.C.T.; and Welcome Home Jenny Sutter at Theater First in Oakland. She also appeared in the films On the Road and Woman. Idehenre received an MFA in acting from A.C.T and is a proud member of Actors Equity Association.

Nancy Moricette* (mother) identifies as a Haitian American actorvist (actor/activist). Her roots lie in performance art and social advocacy. She works extensively with inner city organizations to create socially conscious community arts projects that highlight the struggles of underrepresented ethnic groups. In addition to her work as a community arts activist she is blessed to work on many coasts as an actor. She has performed at The Public Theatre, Lookingglass Theatre, Goodman Theatre, Steppenwolf Theatre, Chicago Dramatists, Writer’s Theatre and Chicago Shakespeare Theatre Company.

Most recently she starred in Danai Gurira’s play The Convert at The Wooly Mammoth Theater in Washington D.C., for which she received the Helen Hayes nomination for Best Actress. She also received the Philadelphia Critic’s Choice Award for Best Actress for the same production at the Wilma Theatre in Philadelphia. Nancy is a proud member of the AEA and is represented by About Artists Talent in New York, NY and Reign Talent Agency in Los Angeles, CA.

Katherine Renee Turner* (Abasiama Ekpeyoung – Sojourners / sister – runboyrun) This marks Katherine’s Magic Theatre debut, and she is thrilled to be working on a soon-to-be classic body of work amongst an amazing group of artists. Her other Bay Area theatre credits include The Convert (Jekesai/Esther; awarded Outstanding Performance by a Female Actor in a Principal Role by Theatre Bay Area; nominated Best Principal Actress by San Francisco Bay Area Theatre Critics Circle) and Fetch Clay, Make Man (Sonji Roi Clay; nominated Best Featured Actress by SFBATCC) both at Marin Theatre Company. Regional Credits: Dontrell, Who Kissed the Sea (Theatre Alliance, DC); Fetch Clay, Make Man (Sonji, remounted at Round House Theatre, MD and the National Black Theatre Festival, NC); The Tempest, Much Ado About Nothing and A Midsummer Night’s Dream (Shakespeare Theatre Company, DC); The Laramie Project (Ford’s Theatre, DC); The Threepenny Opera (Signature Theatre, VA) and others. Katherine is a proud AEA member, alumnus of Ithaca College, and in the fall she will begin her journey towards receiving her MFA in acting with Group 49 at The Juilliard School.

Rotimi Agbabiaka* (Disciple Ufot – Sojourners / boy - runboyrun) is thrilled to make his Magic Theatre debut. He most recently appeared in Hair (Hud) with Bay Area Musicals, Holiday High Jinx (Dancing Dan) with Word for Word, Choir Boy (Junior) at Marin Theatre Company, The Amen Corner (David) with Alter Theater, We Are Proud To Present ... (Another Black Man) at Just Theater, and Raisin in The Sun (Asagai) at Cal Shakes. He is a collective member of the San Francisco Mime Troupe, and Associate Artist of Alter Theater, a former cast member at Beach Blanket Babylon, and his solo play, Homeless, won Best Solo Performance at the SF Fringe Festival. Mr. Agbabiaka also teaches youth theatre with the SF Mime Troupe, SF Shakes, and Each One Reach One. He has directed for the SF One Minute Play Festival and writes articles for Theatre Bay Area magazine. He studied at Moscow Art Theatre and earned his MFA from Northern Illinois University.

Christina Hogan* (Stage Manager - runboyrun) is super happy to be back at Magic!  She previously worked on And I and Silence, Hir, Arlington, Every Five Minutes, The Happy Ones, Terminus, Se Llama Cristina, and Any Given Day.  Other theater credits include Monstress, Love and Information (A.C.T.); Hookman (Encore Theatre Company); A Raisin in the Sun, Blithe Spirit, Much Ado About Nothing, The Verona Project, and Pastures of Heaven (California Shakespeare Theater); Selkie, Thieves (Rising Phoenix Rep); Fuddy Meers and Good People(Marin Theatre Company); and very still and hard to see (A.C.T. Master of Fine Arts Program). Hogan has a B.A. in theater arts from Saint Mary’s College of California.

York Kennedy** (Lighting Designer) is a Lighting Designer for the Performing Arts and Architecture.  His designs for the stage have been seen in theatres across America, in Europe and Asia in companies including Arena Stage, Chicago Shakespeare Theatre, Berkeley Rep, Seattle Repertory, American Conservatory Theatre, Sacramento Opera, Polish National Opera, Los Angeles Opera, The Alley Theatre, Dallas Theatre Center, Yale Rep, Brooklyn Academy of Music, Goodspeed Musicals and the Denver Center.  He has designed over 45 productions for The Old Globe Theatre in San Diego, CA and spent six seasons as resident lighting designer for the company’s Shakespeare Festival. Awards for theatrical lighting include the Dramalogue, San Diego Drama Critics Circle, Back Stage West Garland, Arizoni Theatre Award and the Bay Area Theatre Critics Circle Award. In the dance world he has designed for Malashock Dance, Brian Webb and Tracey Rhodes. As an architectural lighting designer he has designed both nationally and internationally numerous themed environments, theme park, residential, retail, restaurant and museum projects. Current projects include Moscow Dream Island, Russia, Motiongate, Dubai, The Invisible Hand at Marin Theatre Company and Rear Window (Broadway). He is a graduate of the California Institute for the Arts and the Yale School of Drama.

David Molina (Composer and Sound Designer) is an award-winning composer, multi-instrumentalist, sound artist/designer, recording engineer, and instrument inventor. He has created music and sound for the performing arts, film, and multimedia productions for the past 20 years. Theater has allowed him to collaborate with companies nationally and internationally. His instruments and sound installations have been displayed throughout bay area galleries and festivals. He performs with Idris Ackamoor, The Pyramids, and Ackamoor/Molina Duo. Molina's music and bands: Ghosts and Strings, Transient, and Impuritan are available on Resting Bell (Berlin,) Dorog Records (Peru), Black Note Music, and Distant Spore, or self released. More information: www.drmsound.com

Sonia Fernandez (Dramaturg - runboyrun) joined Magic staff as Associate Artistic Director last summer. She is a scholar, translator and dramaturg, specializing in new work. Recent production dramaturgy projects include Life is a Dream, at CalShakes, and Bright Half Life at Magic. She has worked with various Bay Area and San Diego theaters, including Playwrights Foundation, Brava, Cutting Ball, Moxie, PlayGround and Crowded Fire Theater, where she is a company member. A PhD candidate at UC San Diego, Sonia’s research focuses on audience experience of racial humor. She received an AB in English from Princeton and Master's from SF State.

Jessica Berman (Dialect Coach) is a dialect, voice, and text coach.  She continues her work with Magic Theatre after co-coaching Fred’s Diner in 2015.  As a teacher and coach, Jessica has led dialect workshops for the Royal Shakespeare Company, and taught voice and speech at UC Berkeley, A.C.T.’s STC, and Academy of Art University.  Recent coaching credits include Punk Rock (A.C.T.’s YC), Summertime and Aulis: An Act of Nihilism in One Long Act (UC Berkeley), andJerusalem (SF Playhouse).  Jessica holds an MA from the Birmingham School of Acting and an MFA from the Royal Central School of Speech and Drama.

Rooster Productions, LLC (Scenic Construction) is a small employee-owned scene shop located in Martinez, California. Rooster provides each client with hands-on, dedicated service, and creative, effective technical solutions to ensure complete realization of their designs. Rooster's team consists of experienced multi-disciplinary project managers, scenic carpenters, welders, sculptors and painters who have a deep appreciation of the possibilities of construction materials. Rooster's approach to scenic construction provides creative solutions that are as budget-sensitive as they are spectacular, and can be delivered as envisioned. Over the past few years, Rooster's theatrical client roster has rapidly grown to include many companies ranging from Fremont Opera and Oakland School for the Arts to American Conservatory Theatre, Contra Costa Musical Theatre, and the recent hit production of Home Street Home at Z Space. 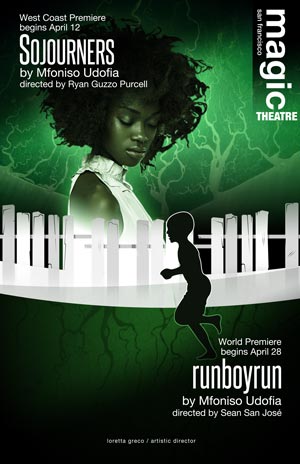