Written and Directed by
John Kolvenbach 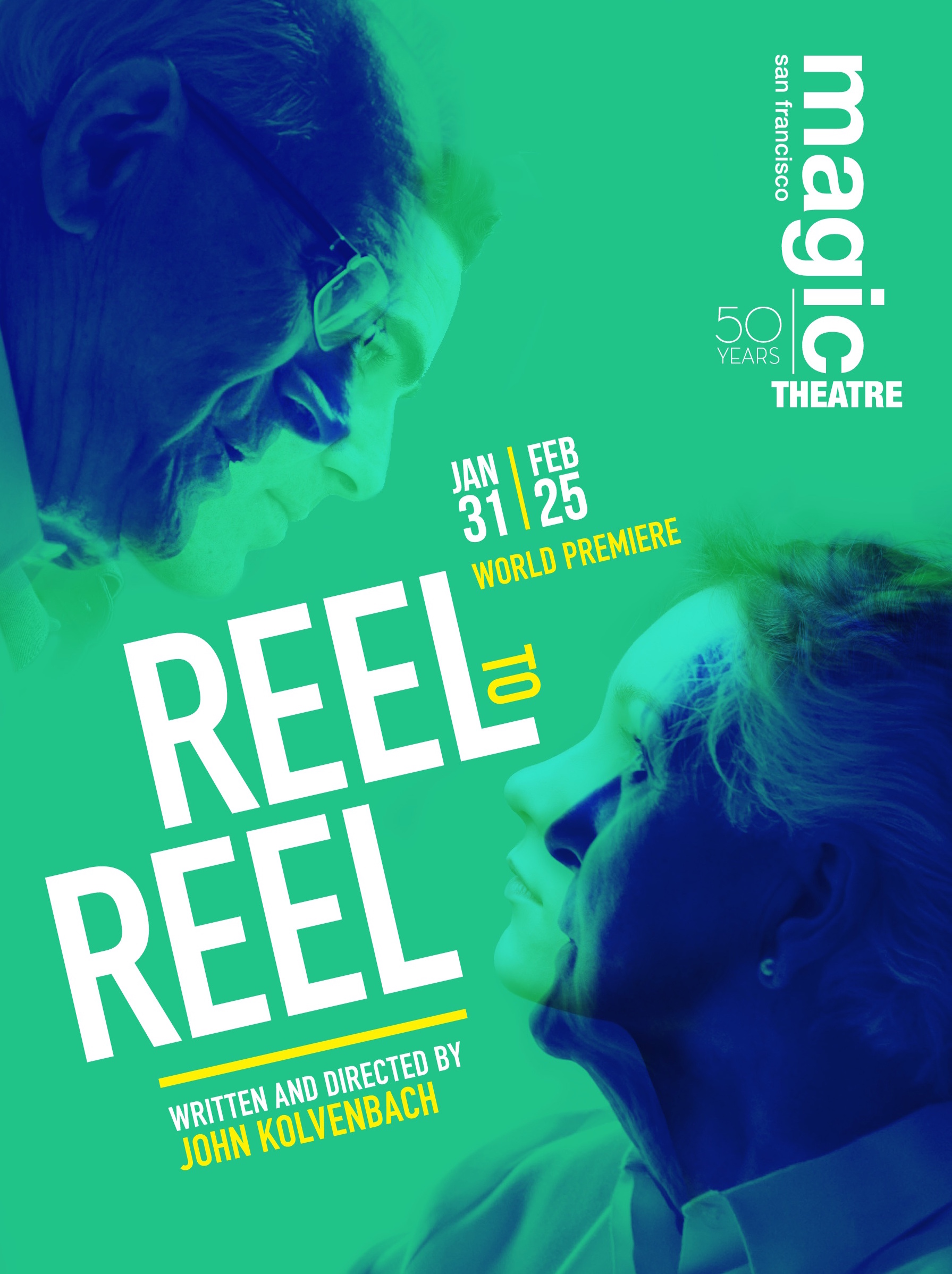 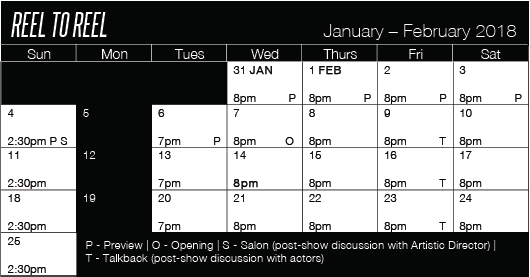 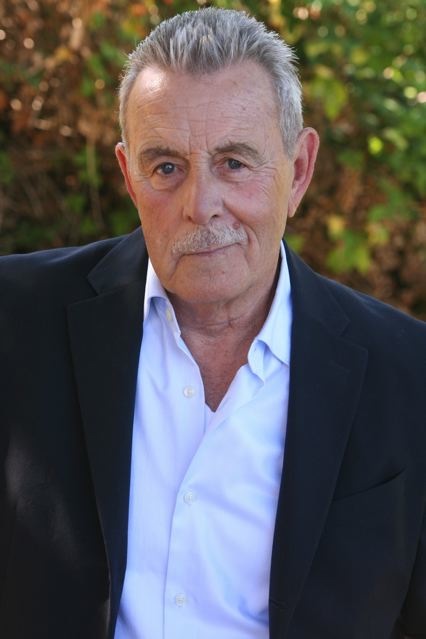 Well known to local audiences, Mr. Marchetti  has acted in major roles in the Bay Area at ACT,  Theatreworks, San Jose Rep, Berkeley Rep, The  Magic Theatre, Marin Theatre Company, Aurora  Theatre, Eureka Theatre, Marin Shakespeare  Company, Shotgun Players and Spreckles  Performing Arts Center. Other regional theatre  credits include Seattle Rep, The Huntington  (Boston), the Wilma (Philadelphia), The Woolly Mammoth and Ford’s Theatre (Washington, D.C.), Kansas City Rep, New York Theatre Workshop and Yale Rep. He has been very fortunate to appear in a number of notable world premiere plays including The Shaker Chair, Sharon and Billy, Execution of Justice, The Psychic Life of Savages and many others. Will originated the “Old Man” role in Fool For Love, the Obie-award winning production written and directed by Sam Shepherd. Over the years, Will has appeared in numerous television shows and movies or industrial/commercial films shot in the Bay Area. However, theatre has been his priority. In addition to acting, Mr. Marchetti has directed a number of plays and was Artistic Director of two theatres; the Gate Playhouse and Marin Theatre Company. Will has won numerous awards for his acting over the years; several Bay Area Critics Circle Awards and several Dean Goodman Awards including a Lifetime Achievement in Theatre in 2005. In addition to his achievements as an actor, Will has been writing plays for several years. Two of his plays have been produced (Lil Darlin’/San Jose Stage and The Agreement/San Francisco). His play, The Arrival, was commissioned by Marin Theatre Company and given a staged reading in their Nu Werkz series. He has had two plays produced at 142 Throckmorton Theatre as staged readings that were very popular; Warriors and Sessions. SF Playhouse recently gave a staged reading of his play, Kinfolk, in September 2009. With AlterTheater, Will has appeared in the world premieres of Thirst by Dyke Garrison and The Horses by Brian Thorstenson. 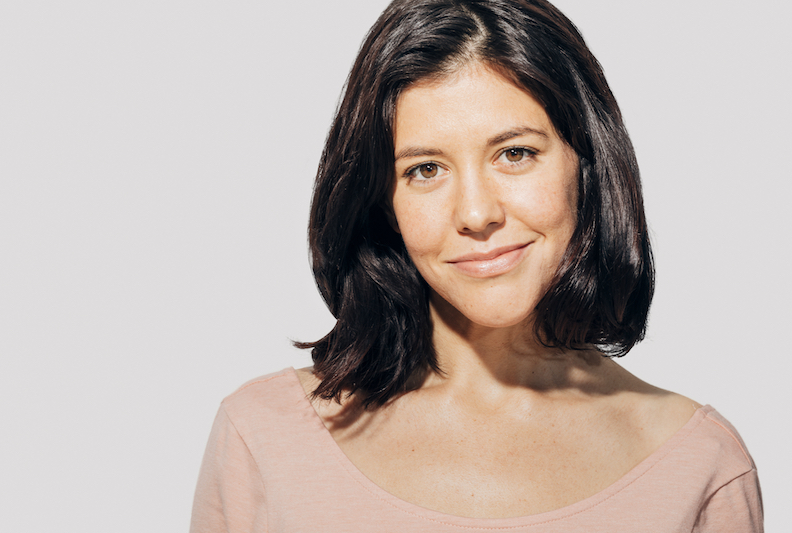 is familiar to New York audiences from her performances in Roundabout's THE LAST MATCH, THE HARVEST at LCT3/Lincoln Center Theater, Ars Nova's production of SMALL MOUTH SOUNDS at the Signature Theatre about which The New Yorker wrote "...the phenomenal Zoë Winters...playsher anguish from the inside," New York Theatre Workshop's RED SPEEDO, Lincoln Center’s SHOWS FOR DAYS, MUCH ADO ABOUT NOTHING at The Public Theater’s Shakespeare in the Park, Soho Rep’s Obie Award winning AN OCTOROON and NYTW's production of Caryl Churchill's LOVE AND INFORMATION at The Minetta Lane, for which she received rave reviews.  Ms. Winters’ other New York performances include the New York Times Critics' pick HATER at the Ohio Theatre; LOVE SONG at 59E59 Theaters; and a self-written one woman show SWIMMING LEGS. Ms. Winters has worked at some of the Country’s top regional theatres including Westport Country Playhouse, The Old Globe, Baltimore Center Stage, Alliance, Paper Mill Playhouse, Seattle Rep, Virginia Stage, Magic Theatre, and Merrimack Rep. TV audiences will recognize Ms. Winters from her roles on ELEMENTARY, LAW & ORDER, GOSSIP GIRL, ARMY WIVES and UGLY BETTY. Her film credits include the indie films GRAY DOG, IN THE FAMILY, UNDER and the Sundance short GIANT. She has received a Bay Area Critics Circle nomination and The Seattle Times’ Footlight Award for Outstanding Acting. Ms. Winters received her BFA from SUNY Purchase College Conservatory of Acting where she was granted the Dean’s Award for Acting.

John Kolvenbach (Sister Play, Mrs. Whitney, Goldfish) returns to Magic to direct the World Premiere of his own REEL TO REEL. Fascinated by the relationship between sound and memory, Kolvenbach has written the story of a fifty-five-year marriage as told through the simple sentiments of recorded conversations, arguments, and household noises. What emerges is a collage of life captured on audio tape. 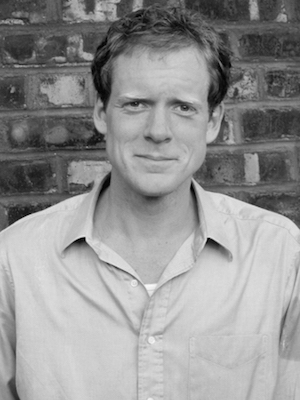 John Kolvenbach (Playwright/Director) is the author of Goldfish, Mrs. Whitney, Love Song, on an average day, Gizmo Love, Fabuloso, Bank Job and Marriage Play (or Half ‘n Half ‘n Half)  which  premiered in 2012 at Merrimack Repertory. Goldfish premiered at South Coast Repertory in the Spring of 2009, directed by Loretta Greco. Goldfish was then produced at the Magic Theatre in San Francisco in the Fall of that year. The Magic also premiered Mrs. Whitney in the Fall of 2009, under Kolvenbach’s direction. Love Song premiered at Steppenwolf in Chicago in the spring of 2006, directed by Austin Pendelton. Love Song went on to the West End, where it was nominated for an Olivier Award, best new comedy. The London production was directed by John Crowley, with Neve Campbell, Cillian Murphy, Kristen Johnston and Michael McKean. Love Song has been produced in New York, Zurich, Melbourne, Sydney, Wellington, Seoul and Rome. There have been over fifty productions in the US.  on an average day premiered at the Comedy Theatre on the West End in 2002, with Woody Harrelson and Kyle MacLachlan, also directed by Mr. Crowley. Average Day has been produced in Tel Aviv, Buenos Aires, and Lisbon among many other places. Fabuloso premiered at the Wellfleet Harbor Actor’s Theatre in 2008, directed by Mr. Kolvenbach. Fabuloso was staged in San Juan and Zurich, in Spanish and Swiss German, respectively. 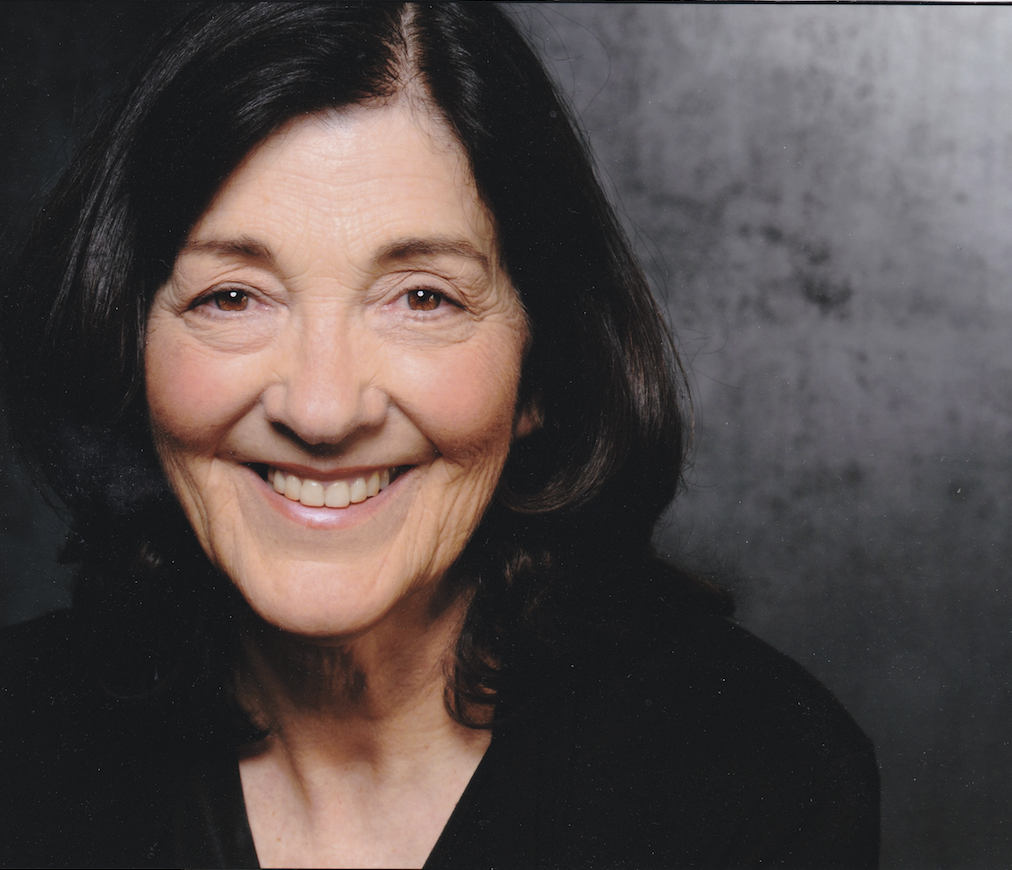 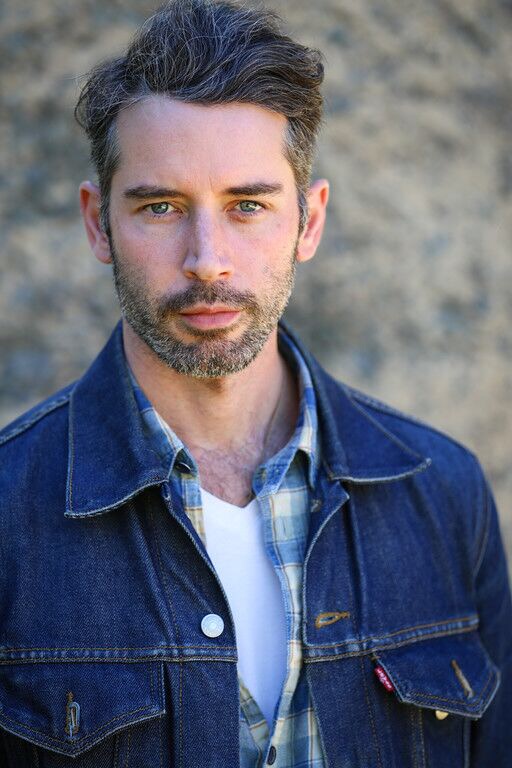 Andrew Pastides graduated from the South Carolina Governor's School for the Arts and Humanities before receiving his BFA in acting from the University of North Carolina School of the Arts. He moved to NYC where his professional career began in the theatre both in the city and around the country. In 2013 he was nominated for IRNE for his work in the theatre. Andrew has acted in over twenty short films, three of which have screened at SXSW, fifteen of which he also had a hand in writing and producing. His television credits include Law and Order, Suits, and Blue Bloods among others.Andrew starred in the feature film Hank and Asha, which won the Audience Award at Slamdance. He was given the Best Actor Award from the Napa Valley Film Festival for his performance. The Feature Film MA screened at the 2015 TriBeca Film Festival, The Venice Film Festival, AFI, and Rotterdam Film Festival. Andrew has taught acting technique for the last 13 years at the South Carolina Governor’s School for the Arts and Humanities, where for the past 8 years, he has chaired the summer program. 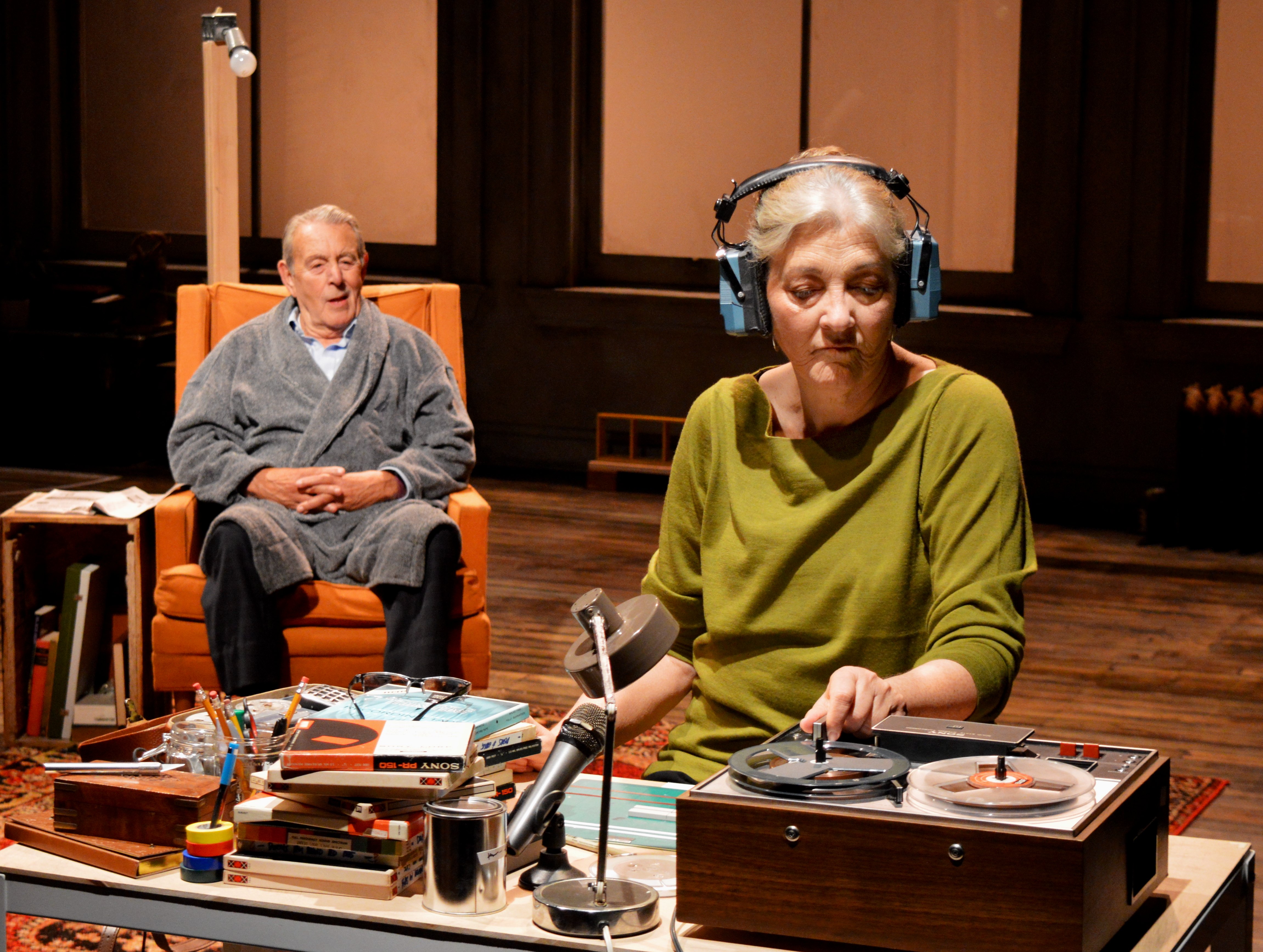 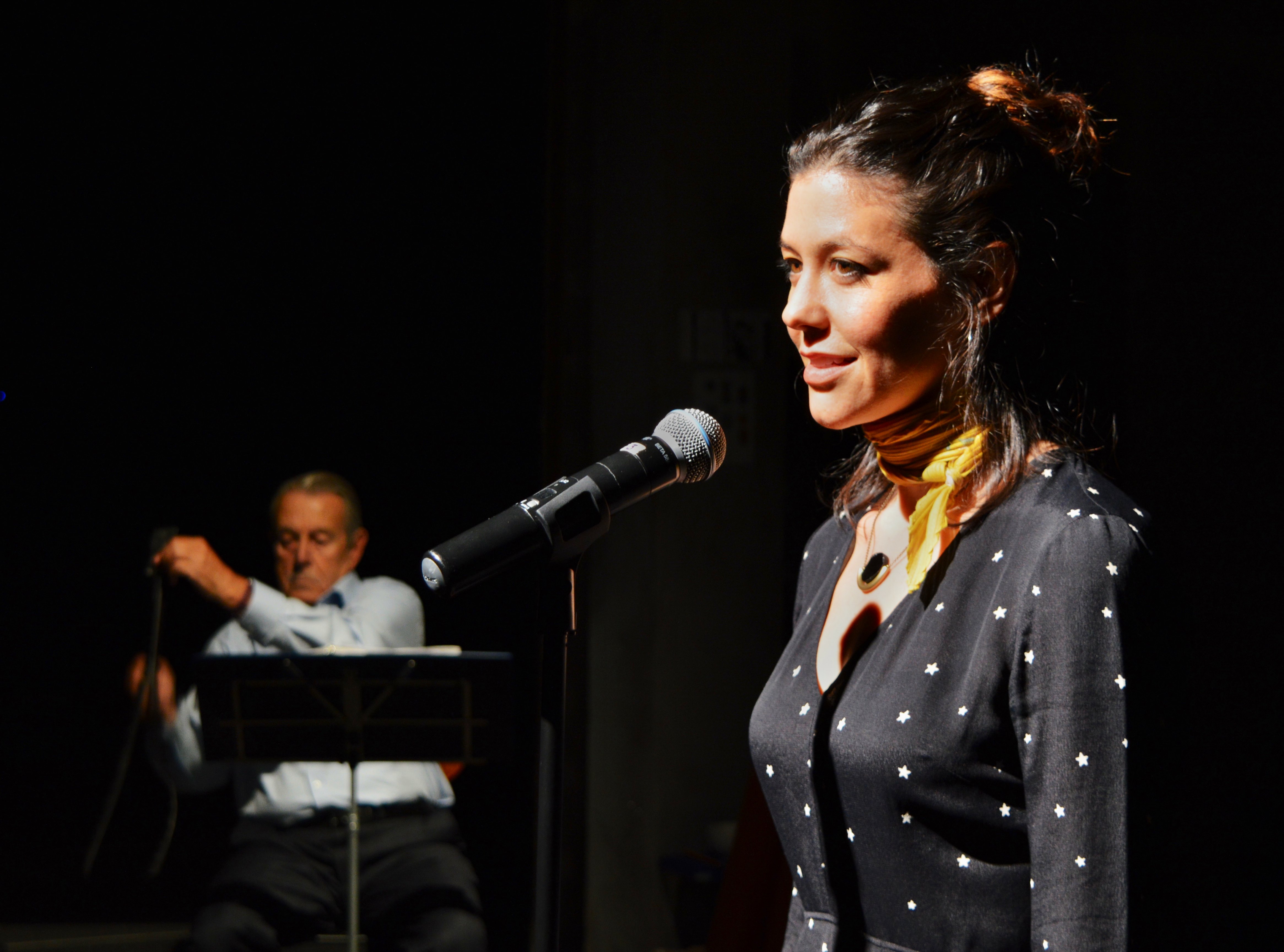 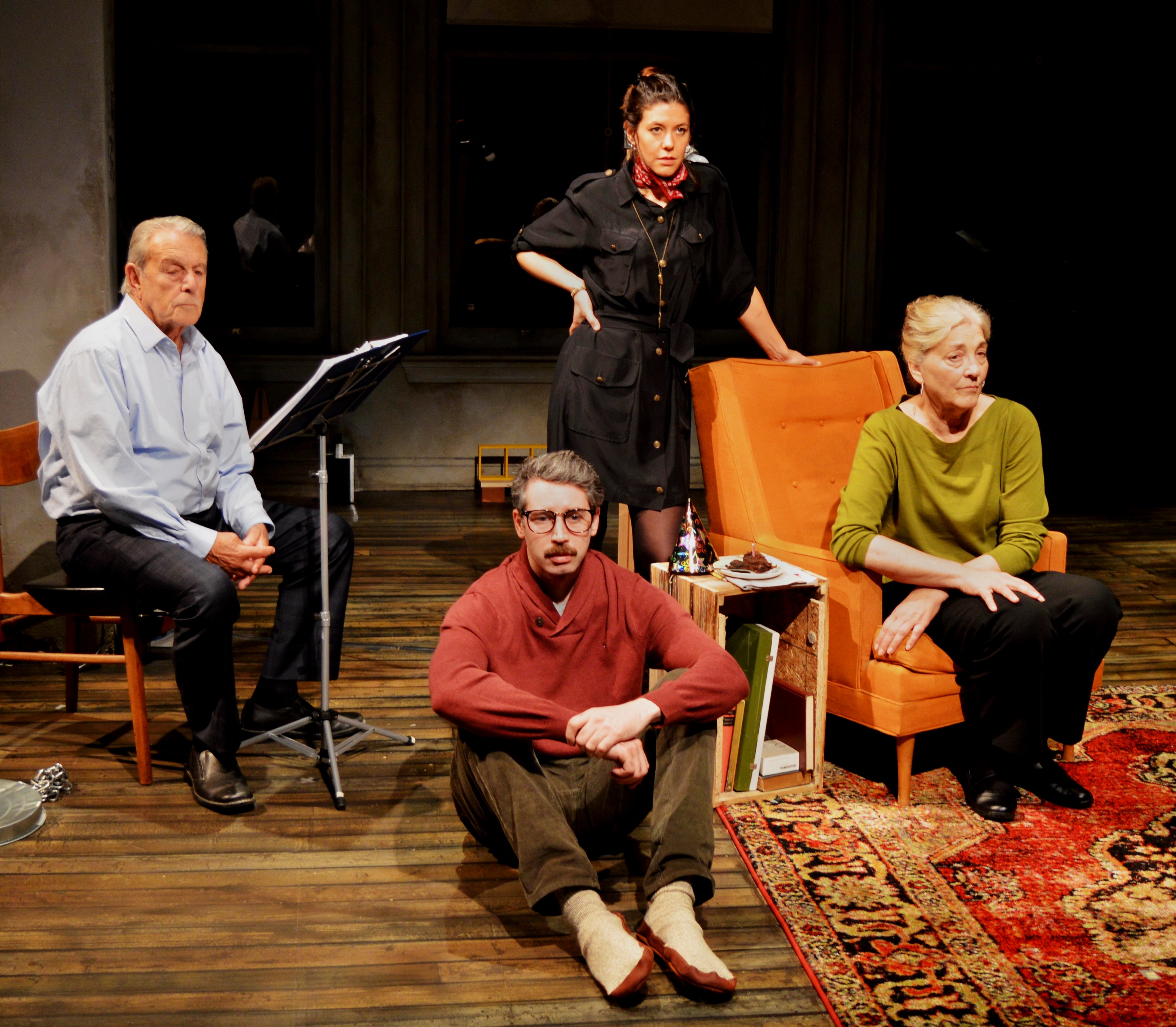 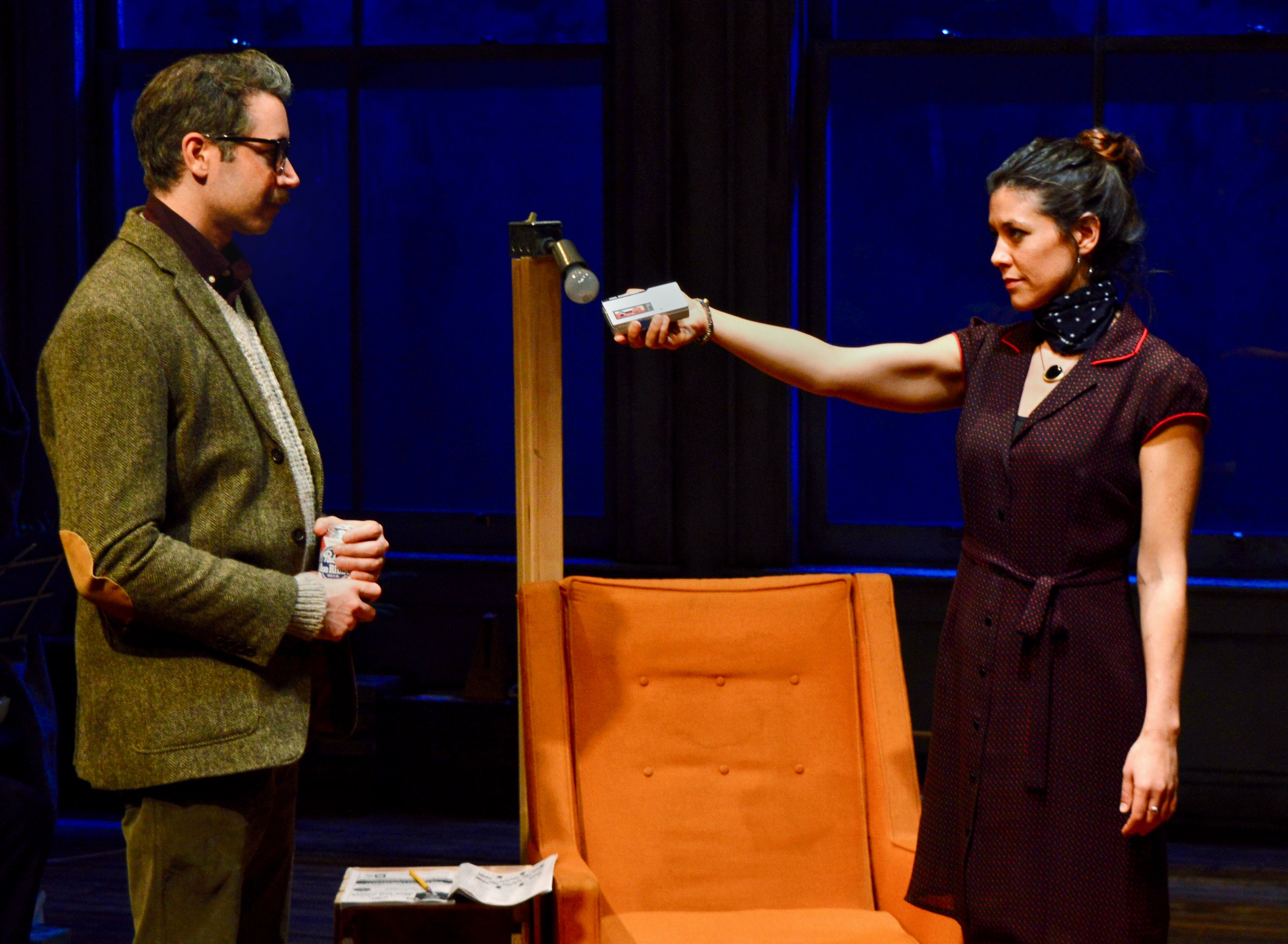 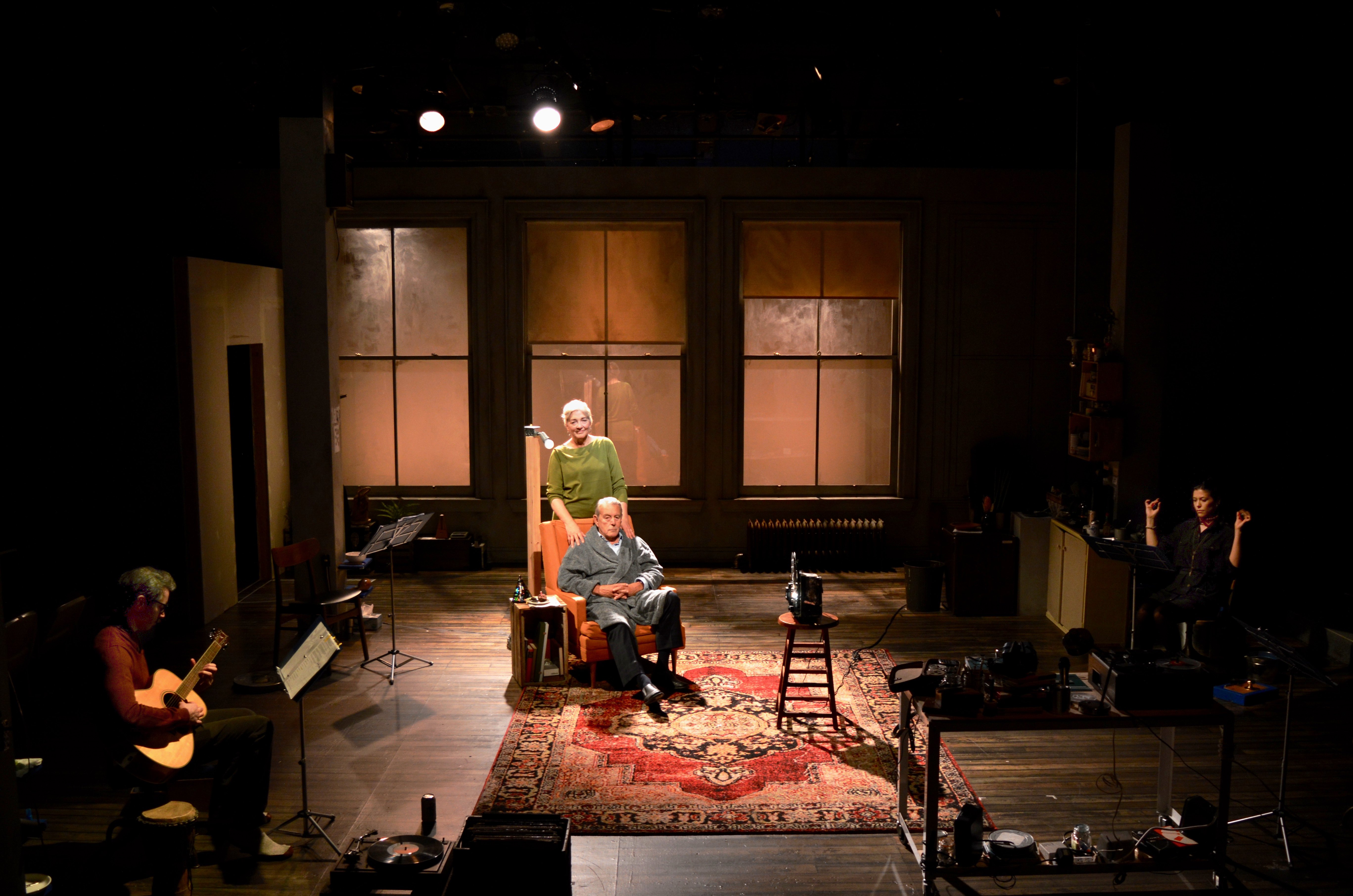