1896: A father and son board a ship heading for Africa on a mysterious mission with an opinionated young woman. On the open sea, an unexpected detour resurrects family secrets and reveals true intentions, fundamentally changing the course of their journey and their lives forever. We are delighted to celebrate the return of playwright Christina Anderson, “whose work will be transforming America’s Stages for decades to come” (American Theatre Magazine) after her season as Magic's 2011 National New Play Network Playwright-in-Residence.

Ryan Guzzo Purcell is the Associate Artistic Director at Magic Theatre in San Francisco. He is a director, teacher, and theatre artist originally from Seattle. His directing work has been seen at Magic Theatre, The Hangar Theater, LaMaMa ETC, The Olney Theatre Center, The Village Gate, Brown Playwrights Rep, and he has worked with theatre artists ranging from Robert Wilson to Dan Savage. He received a Fulbright Scholarship to develop a theatre piece in Salvador, Brazil, and a Drama League Directing Fellowship. Teaching credits include Brown University, American Conservatory Theatre, and San Francisco Juvenile Detention. He received his MFA from Brown University/Trinity Rep in 2013.

Eddie Ray Jackson* (Jacob) Eddie Ray Jackson makes his Magic Theatre debut in pen/man/ship.  A San Francisco native, he was last seen playing Cory in August Wilson’s Fences at Marin Theatre Company and he looks forward to returning to Marin Theatre Company in the West Coast premiere of Fetch Clay, Make Man.  He was also a 2013 company member at the Oregon Shakespeare Festival where he appeared in U.S. premier of The Heart of Robin Hood. His New York credits include Much Ado About Nothing at Classic Stage Company; A Midsummer Night’s Dream and La Ronde at Riverside Theatre; and Miss Julie, The Proposal and Endgame at Columbia University.  Jackson received an MFA in Acting from Columbia University and BA in Theatre Arts from California State University, Sacramento. He is a proud AEA member.  eddierjackson.com

Tangela Large* (Ruby) was born and reared in Atlanta, GA......The Peach State! This is her first time working at Magic Theatre! Tangela earned her BA in Theatre from the State University of West Georgia. During her journey at Brown/Trinity, Tangela was honored to play the role of Cassandra in Trinity Rep's Vanya, Sonia, Masha, and Spike.  Other favorite Brown/Trinity roles include: Sabina in Skin Of Our Teeth, Cleopatra Maximovna in The Suicide, The Lover in Jederman, The Angel in Marisol, Phoebe in As You Like It, and Leona in Small Craft Warnings. Other theatre credits: Francine/Lena in Clybourne Park and the Abbess in Comedy of Errors at the Chautauqua Institution. Tangela is humbled to be receiving her M.F.A., and she would like to thank the faculty, administration, and students for making her dreams real. To the wind beneath my wings: Millicent, Gary, Tamara, Ruben, and Zion, I love you so much, and I would like to dedicate my performance to my late brother, Deriko Coleman Large. "I know you are looking down on me every step of the way."

Adrian Roberts* (Charles) is thrilled to be back at the Magic Theatre where he was last seen as Shaka in Tough Titty. Other Bay Area credits include Gabriel in Fences at Marin Theater Co., Martin Luther King Jr. in The Mountaintop at Theaterworks, Claudius/Ghost in Hamlet at Cal Shakes, Ruined at Berkeley Rep, First Person Shooter at SF Playhouse. His regional credits include Playboy of the West Indies at Lincoln Center, Topdog/Underdog at Sacramento Theater Co and three seasons at Oregon Shakespeare Festival, among many others. Mr. Roberts has appeared in such television shows as Scrubs, Criminal Minds, Brothers & Sisters and Sci-Fi channel movie Vampires Out For Blood. He is a graduate of A.C.T.'s MFA program.

Tyee Tilghman* (Cecil) makes his Magic Theatre debut in pen/man/ship. He most recently appeared in August Wilson’s Fences at MTC. Other Bay Area credits include The Winter’s Tale, Lady Windermere’s Fan, American Night: The Ballad of Juan Jose and Spunk at Cal Shakes; A Christmas Carol at A.C.T.; and Thieves at A.C.T.’s Costume Shop. Regionally, he has acted in New York in Love’s Labour’s Lost, The Three Sisters and The Brothers Size at Chautauqua Theater Company; Denver in A Raisin in the Sun at Denver Center for the Performing Arts; Eurydice, The War Anthology, Take Me Out and Yellowman at Curious Theater Company; in Washington DC in Romeo & Juliet at Folger Theatre, A Midsummer Night’s Dream at The Shakespeare Theater and An American Daughter at Arena Stage. He has been a teaching artist with the Denver Center for the Performing Arts’s Living History program, MI CASA and A.C.T.’s Young Conservatory. Tilghman received his MFA from A.C.T. and a BFA in Drama from West Virginia University. tyeetilghman.com 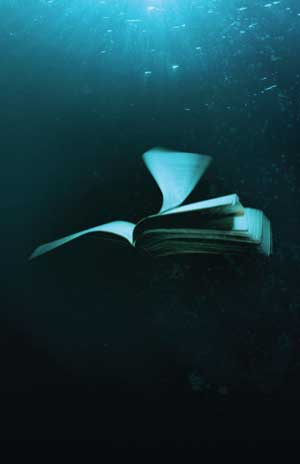