written and directed by John Kolvenbach

What happens when a cynic by trade takes to the road in the hopes of reuniting with her one true (albeit messy) love? When her most prized possession leaves the nest, Margaret Whitney reluctantly chooses to follow her heart. In the wonderfully wicked and hilarious Mrs Whitney, a woman of a certain age drops her armor long enough to reveal her true romantic core.

Mrs. Whitney engages the audience to laugh at the foibles of love in the real world while it dangles you dangerously above the jaws of heartbreak.
— Loni Kao Stark, StarkSilverCreek.com

Patricia Hodges as Mrs. Whitney is absolutely flawless and superb! It is worth seeing the play to see her luminous performance. The play itself explores themes of love and loneliness with some very intelligent and insightful dialogue. It is very funny but also searing in its themes. A great evening out.
— Audience Member, goldstar.com

John Kolvenbach (Playwright & Director) is the author of Mrs. Whitney, Goldfish, Love Song, on an average day, Gizmo Love, and Fabuloso. Goldfish premiered at South Coast Repertory in 2009, directed by Loretta Greco. Love Song premiered at Steppenwolf Theatre Company in Chicago in the Spring of 2006, directed by Austin Pendelton. Love Song went on to the West End, where it was nominated for an Olivier Award for Best New Comedy. John Crowley directed the London production. on an average day ran at the Comedy Theatre on the West End in 2002, with Woody Harrelson and Kyle MacLachlan, also directed by Mr. Crowley.Gizmo Love premiered at WHAT in 2004. Kolvenbach directed the premiere of Fabuloso last summer at the Wellfleet Harbor Actors Theatre. He also directed many productions of his early plays, including The Gravity of Means at the Greenwich Street Theatre in New York, a production that moved on to the Village Theatre and then the Belmont Playhouse.

Arwen Anderson (Louisa) is thrilled to return to Magic and be part of this exciting world premiere! Magic Theatre credits include: Mauritius, Expedition 6 and The Rules of Charity. Other favorite credits include: Streetcar Named Desire (Marin Theatre Company), Lobby Hero, The Shape of Things (Aurora Theatre Company), T.I.C. Trenchcoat in Common, Skin (Encore Theatre Company), 4 Adverbs (Word for Word), 43 Plays for 43 Presidents (Rough & Tumble), Nickel & Dimed (TheatreWorks & Brava), I Love You, You're Perfect, Now Change (Marines Memorial Theatre), Current Nobody (Just Theater), Midsummer/4 (Central Works). Ms. Anderson graduated with degrees in Theatre and Psychology from Wesleyan University, trains and teaches aerial silk and trapeze at the Circus Center of San Francisco, and is one half of the doubles trapeze duo Zwillinge. Heartfelt thanks to Magic and to her Mutti.

Charles Dean (Francis) last appeared at Magic Theatre in 1979 as Petrone in Sam Shepard’s Suicide in Bb (with Danny Glover, directed by Robert Woodruff). This performance followed an appearance in Shepard’s In a Coma, which was Magic’s premiere production at their new Fort Mason location in 1977, as well as a number of other Magic shows in the 70’s including the world premiere of Angel City by Sam Shepard and Sexual Perversity in Chicago by David Mamet. Mr. Dean was also a company member and associate artist at Berkeley Rep where he appeared in some 80 productions over 20 years, including The Tooth of Crime in 1985. He most recently appeared in Aurora Theatre’s production of Awake and Sing by Clifford Odets, and as General Waverly in Irving Berlin’s White Christmas on Broadway. Mr. Dean has worked with other theatres including: A.C.T, The Guthrie, Seattle Rep, The Alliance, The Alley, The Huntington, The Old Globe, San Diego Rep, San Jose Rep and Marin Theatre Company.

Rod Gnapp (Tom) is a graduate of American Conservatory Theatre, and a veteran of bay area stages. Last seen at Magic Theatre in Mauritius by Theresa Rebeck, he also performed in Magic's productions of The Late Henry Moss, Territories, XXX Love Act, and Hunger to name a few. Other recent credits include: The Government Inspector, Curse of the Starving Class, Tis Pity She's a Whore, Rock and Roll (A.C.T.); and Frankie and Johnny in the Clair de Lune (Marin Theatre Company). Rod's film work includes featured roles in Pixar's live action short Calender Confloption, the local independent feature Valley of the Heart's Delight (as the main bad guy), and the Miller Brothers film Touching Home (as another bad guy, being mean to Ed Harris).

Patricia Hodges (Margaret) is thrilled to be back in San Francisco and debuting at Magic Theatre in these two wonderful plays. She appeared most recently on Broadway in A Man for All Seasons, Dancing at Lughnasa and Six Degrees of Separation. Off-Broadway credits includeRose’s Dilemna (Manhattan Theatre Club); and Communicating Doors, On the Verge and The Normal Heart (New York Shakespeare Festival). Regionally she has played leading roles in Night of the Iguana (Guthrie); Lettice and Lovage (After Dark Award); Mrs. Warren’s Profession, The Seagull, The Cherry Orchard, Woman in Mind, Betrayal, Three Tall Women, The Clean House, Hayfever, and Much Ado About Nothing. Her most recent TV credits are Royal Pains, Another World, and a repeat offender on Law and Order.

York Kennedy (Lighting Designer) Mr. Kennedy’s designs have been seen in theatres across America and in Europe including Berkeley Rep, Seattle Repertory, American Conservatory Theatre, The Alley Theatre, Dallas Theatre Center, Yale Rep, Brooklyn Academy of Music, Goodspeed Musicals and the Denver Center. Awards for theatrical lighting include the Dramalogue, San Diego Drama Critics Circle, Back Stage West Garland, Arizoni Theatre Award and the Bay Area Theatre Critics Circle Award. In the dance world he has designed for Malashock Dance, Brian Webb and Tracey Rhodes. As an architectural lighting designer he has designed both nationally and internationally numerous themed environments, theme park, residential, retail, restaurant and museum projects including the Sony Metreon Sendak Playspace in San Francisco, Warner Bros. Movie World in Madrid, Le Centre de Loisirs in Morocco and The LEGO Racers 4D attraction in Germany, Denmark, England and the U.S.A. He is a graduate of the California Institute for the Arts and the Yale School of Drama. 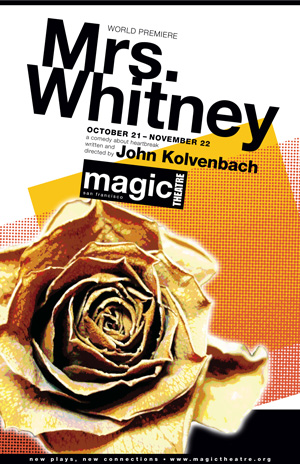