Newly enlightened Paige is determined to forge a deliriously liberated world for her two wayward children: Isaac, on leave from the Marines under dubious circumstances; and Max, tender, jaded, and sculpting a third-sex gender identity for hirself. Hailed as “one of this country’s most heroic and disarmingly funny playwrights” (American Theatre Magazine), Magic welcomes back renowned theatre artist Taylor Mac (The Lily’s Revenge) with this hilarious drama.

Niegel Smith (Director) is a performance artist and theater director who sculpts social spaces into unique communal environments where we make new rituals, excavate our pasts and imagine future narratives. His walks have been produced by Elastic City, American Realness, the Prelude Festival, Abrons Arts Center, Visual AIDS, the Van Alen Institute and PS 122 and his theater by The Public Theater, Classical Theatre of Harlem, HERE Arts Center, Hip Hop Theatre Festival, Summer Play Festival, New York Fringe Festival and the Phoenix Theatre Ensemble. He is a ringleader of Willing Participant an artistic activist organization that whips up urgent poetic responses to crazy shit that happens, and in 2014 he will direct the world-premiere productions of Taylor Mac's HIR at The Magic Theatre and of J. Julian Christopher's Locusts Have No Kings at INTAR Theatre.

Smith was the associate director of the Tony Award winning musical FELA! - restaging that production in London, Lagos and its world tour, assistant directed the off-broadway production of The 25th Annual Putnam County Spelling Bee and both the broadway and off-broadway productions of Tony Kushner's Caroline, or Change.  He has worked on the artistic staffs of The Public Theater, Trinity Repertory Company and Providence Black Rep and is a 35th Anniversary Artist-in-Residence at Second Stage Theatre.

Smith, a graduate of Dartmouth College, has received grants and fellowships from Theater Communications Group, the Van Lier Fund and the Tucker Foundation. Before surviving high school in Detroit, he grew up in the North Carolina piedmont, fishing with his dad, shopping with his mom and inventing tall-tale fantasies with his two younger brothers.

Ben Euphrat* (Isaac) is an actor, director, musician, and producer based in San Francisco and is thrilled to mark HIR as his Magic Theatre debut. Recent credits include Ideation at SF Playhouse, Good People at Marin Theatre Company, Learns a Lesson with Killing My Lobster, Status Update at Center REP, and direction for Assistance with OpenTab Productions, where he is co-founder and Artistic Director. He will be performing, writing and playing music in Twelfth Night, at Shotgun Players later this summer. He has also worked extensively in film and commercial; his latest feature Saltwater is coming out later this year. Ben plays the piano, drums and guitar, has studied improv with the Groundlings and IO West in Los Angeles, and has trained to be a corporeal mime. Follow him at beneuphrat.com.

Jax Jackson (Max) makes his Magic Theatre debut in Hir. Recent roles include Bo in the premier workshop of Merism with Stadium Praxis, Philadelphia; Jerry in Lesbian Love Octagon at Kraine Theatre, New York City; Jaq in the world premier ofTeddy Ferrara at the Goodman Theatre, Chicago; and Strapped with the Inconvenience, Chicago. Film roles include Jamie in Jamie and Jessie are Not Together; and Greta in Hannah Free. Jax holds a BFA in Acting from The Theatre School at DePaul University. 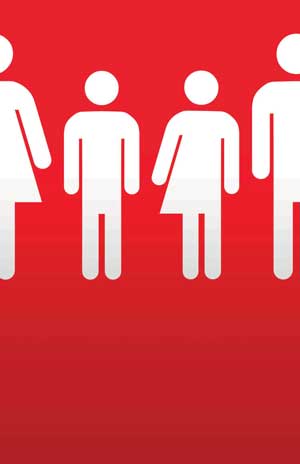