How do we become who we are? A young man raises his father and then leaves home. He meets a young woman who undoes him. She has her own story (including a mother who is a force of nature). We raise our children to leave us, but what happens when they do?

Goldfish and its sequel Mrs. Whitney are playing in rep this fall. They may be enjoyed together during special Kolvenbach Marathon Evenings, or independently during the course of the run. Don’t miss this delicious theatrical diptych!

Read features and reviews of Goldfish

"As an ex- New Yorker and avid theatergoer, I have to say this was as good as anything I've seen. The whole ensemble did some stellar acting, and the direction was tight. I was riveted the entire 90 minutes which flew by. Must See!" - Janice Nieder

"...beautifully performed... an entertaining comedy... [Rod Gnapp] owns the stage with the multiple layers of comic-tragic meaning he finds in each prolonged silence. The depth of his need for his son is palpable, fierce and scary..." - Rob Hurwitt, SF Chronicle

...tightly constructed and beautifully acted... one terrific play that mixes potent writing with images that will remain forever...GOLDFISH IS UNMISSABLE!" - Lee Hartgrave, Beyond Chron

"a gritty and heart wrenching study by playwright John Kolvenbach into the bonds that unite us as fathers, mothers, sons and daughters and what happens when change threatens them." - Loni Kao Stark, Stark Silver Creek

John Kolvenbach (Playwright) is the author of Mrs. Whitney, Goldfish, Love Song, on an average day, Gizmo Love, and Fabuloso. Goldfish premiered at South Coast Repertory in 2009, directed by Loretta Greco. Love Song premiered at Steppenwolf Theatre Company in Chicago in the Spring of 2006, directed by Austin Pendelton. Love Song went on to the West End, where it was nominated for an Olivier Award for Best New Comedy. John Crowley directed the London production. on an average day ran at the Comedy Theatre on the West End in 2002, with Woody Harrelson and Kyle MacLachlan, also directed by Mr. Crowley.Gizmo Love premiered at WHAT in 2004. Kolvenbach directed the premiere of Fabuloso last summer at the Wellfleet Harbor Actors Theatre. He also directed many productions of his early plays, including The Gravity of Means at the Greenwich Street Theatre in New York, a production that moved on to the Village Theatre and then the Belmont Playhouse.

Anna Bullard (Lucy) is delighted to return to Magic, where she last appeared in The Hopper Collection. Her recent credits include Rosalind in As You Like It (San Jose Rep), Collected Stories with Carol Mayo Jenkins (Cinnabar Theater), Magic Forest Farm (Marin Theatre Company), and Ophelia in the educational DVD This is Hamlet. Additional credits include Actors Theatre of Louisville (Humana Festival), American Conservatory Theater, Arizona Theatre Company (Dr. Jekyll & Mr. Hyde), Laguna Playhouse (Around the World in 80 Days), San Jose Rep (The Foreigner), TheatreWorks, Porchlight Theatre, the NYC Fringe and Dorset Theatre Festivals, Playground, and the audio play The Redeemer. She received her BA from Whitman College and trained at Actors Theatre of Louisville. She will return to Marin Theatre Company this spring for their production of Equivocation.

Rod Gnapp (Leo) is a graduate of American Conservatory Theatre, and a veteran of bay area stages. Last seen at Magic Theatre in Mauritius by Theresa Rebeck, he also performed in Magic's productions of The Late Henry Moss, Territories, XXX Love Act, and Hunger to name a few. Other recent credits include: The Government Inspector, Curse of the Starving Class, Tis Pity She's a Whore, Rock and Roll (A.C.T.); and Frankie and Johnny in the Clair de Lune (Marin Theatre Company). Rod's film work includes featured roles in Pixar's live action short Calender Confloption, the local independent feature Valley of the Heart's Delight (as the main bad guy), and the Miller Brothers film Touching Home (as another bad guy, being mean to Ed Harris).

Patricia Hodges (Margaret) is thrilled to be back in San Francisco and debuting at Magic Theatre in these two wonderful plays. She appeared most recently on Broadway in A Man for All Seasons, Dancing at Lughnasa and Six Degrees of Separation. Off-Broadway credits includeRose’s Dilemna (Manhattan Theatre Club); and Communicating Doors, On the Verge and The Normal Heart (New York Shakespeare Festival). Regionally she has played leading roles in Night of the Iguana (Guthrie); Lettice and Lovage (After Dark Award); Mrs. Warren’s Profession, The Seagull, The Cherry Orchard, Woman in Mind, Betrayal, Three Tall Women, The Clean House, Hayfever, and Much Ado About Nothing. Her most recent TV credits are Royal Pains, Another World, and a repeat offender on Law and Order.

Andrew Pastides (Albert) An “east –coaster,” raised in the green of Amherst and the warmth of Columbia, Andrew feels quite at home in San Francisco. Recent credits include Tom in The Glass Menagerie (Two River Theater); Danny in The Chosen (Cleveland Playhouse); and Boy in Makeout Session (The Barrow Group, NYC). Film/TV credits include Boardwalk Empire (Dir. Martin Scorsese), and In Praise of Shadows (w/James Franco). Andrew recently wrapped a movie called Clementine with his production company The Irregulars, which he co-wrote, co-directed, and acted in. Currently residing in Manhattan, NY, Mr. Pastides has wanted to do a Kolvenbach play AND work at Magic for a while. Serendipity. He holds a BFA from The University of North Carolina School of the Arts. Love and thanks to Celia.

York Kennedy (Lighting Designer) Mr. Kennedy’s designs have been seen in theatres across America and in Europe including Berkeley Rep, Seattle Repertory, American Conservatory Theatre, The Alley Theatre, Dallas Theatre Center, Yale Rep, Brooklyn Academy of Music, Goodspeed Musicals and the Denver Center. Awards for theatrical lighting include the Dramalogue, San Diego Drama Critics Circle, Back Stage West Garland, Arizoni Theatre Award and the Bay Area Theatre Critics Circle Award. In the dance world he has designed for Malashock Dance, Brian Webb and Tracey Rhodes. As an architectural lighting designer he has designed both nationally and internationally numerous themed environments, theme park, residential, retail, restaurant and museum projects including the Sony Metreon Sendak Playspace in San Francisco, Warner Bros. Movie World in Madrid, Le Centre de Loisirs in Morocco and The LEGO Racers 4D attraction in Germany, Denmark, England and the U.S.A. He is a graduate of the California Institute for the Arts and the Yale School of Drama. 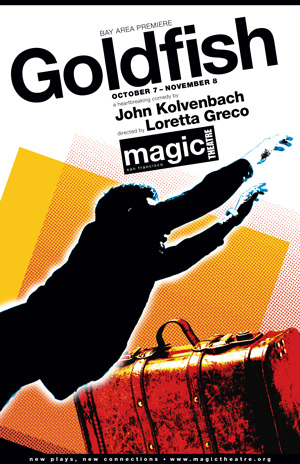