A simple homecoming dinner takes a fantastical turn as Mo slips into a dreamscape that even those closest to him can’t imagine. This theatrical odyssey examines the very real experience of trauma survived but not defeated. Can Mo’s friends offer enough emotional ballast to restore his sanctity of self? Deemed “a gritty, fiercely empathetic realist of great skill” (San Francisco Chronicle), Magic is thrilled to welcome back Scottish playwright Linda McLean (Any Given Day).

Recommended for mature audiences, 17 years old and above.

Linda McLean (Playwright) is a multi-award winning playwright from Scotland. Her plays include Any Given Day (Lessa Rossy Playwrighting Award); Strangers, Babies (Susan Smith Blackburn prize finalist); Shimmer (Herald Angel), One Good Beating (Best One Act Play); Riddance (Fringe First, Herald Angel); What Love Is; This Is Water; Uncertainty Files; Cold Cuts; Doch An Doris; Word For Word; and in 2012, Sex & God. Strangers, Babies (Fractures); Any Given Day (Un Jour Ou ‘Autre); The Uncertainty Files (Dossiers Incertidudes); Cold Cuts (Tranche Froide); What Love Is (Ce qu’aimer veut dire); Sex&God (Sex&God); and Every Five Minutes (Toutes les cinq minutes) have been translated into French. Other translations include Spanish, Turkish, Polish, Macedonian and Greek. Linda adapted Like Water for Chocolate, from the novel by Laura Esquivel, which was translated into Spanish; Olga from the Finnish play by Laura Ruohonen; and Le Problem, from the French play by Francois Begadeau. Linda has written plays for BBC Radio 4 and BBC Scotland, the last being Zombie Rule Number 9 in 2013. Linda is Chairwoman of the Playwrights’ Studio Scotland and has worked for the British Council in Mexico City, Teluca and Bogota. In 2009 she delivered the keynote speech to the Playwrights’ Guild of Canada. Linda was the Creative Fellow at Edinburgh University’s Institute of Advanced Studies in Humanities in 2011, where she and the late Prof Susan Manning published their Conversation: Gathering Uncertainties.

Rod Gnapp* (Mo) A veteran of Bay Area stages, Mr. Gnapp was last seen at Magic in Buried Child and Se Llama Cristina.  He recently appeared in Storefront Church at the SF Playhouse and The Beauty Queen of Leenane at Marin Theatre Company.  Theatre credits also include work at American Conservatory Theater, Berkeley Rep, California Shakespeare Theater, San Jose Rep, Aurora Theatre Company, TheatreWorks, the Huntington Theatre Company, Brooklyn Academy of Music, Seattle Rep, Virginia Playhouse and the Pittsburgh Public Theater.   Mr. Gnapp can be seen in the independent feature film Touching Home by the Miller Brothers, with Ed Harris. He can also be seen in Valley of the Hearts Delite, Calendar Confloption (Pixar), and Return to the Streets of San Francisco.  He is the recipient of many Bay Area Theatre Critics Circle (BATCC) Awards and is a graduate of the American Conservatory Theater's MFA program.

Shawna Michelle James (Molly) is very excited to be making her professional debut with the Magic Theatre working on such a beautiful piece of art. She has spent most of her summers training professionally at Center REP's Young REP program (2009-2011) and at Interlochen Arts Camp (2012-2013). Some of her favorite shows include 44 Plays for 44 Presidents (Interlochen Arts Camp), Avenue Q (Stars 2000), Midsummer/Jersey (Interlochen Arts Camp), Much Ado About Nothing (Young REP), and Nunsense: Nuncrackers (Tri Valley REP). Shawna is a two-time recipient of the Maddy Summer Artist Award from Interlochen, an honor given to one student from the each of the nine disciplines at camp who excels at his/her craft. Shawna is currently a senior in high school and will be pursuing her BFA in Acting in college.

Sean San Jose* (Ben/Ensemble) works for Intersection for the Arts and performance group Campo Santo. Thank you to Loretta Greco for letting him return to the Magic Theatre after working with her and Luis Alfaro and Octavio Solis here.

Carrie Paff* (Rachel) is very happy to return to Magic, where she has appeared in The Other Place, The Right Kind of People and Joan Rivers: A Work In Progress, which she went on to perform with Ms. Rivers at the Edinburgh Fringe Festival and London’s Leicester Square Theatre. Recent credits include Ideation at San Francisco Playhouse; This Is How It Goes and A Delicate Balance at Aurora; A Streetcar Named Desire, Tiny Alice and It’s a Wonderful Life at Marin Theatre Company; After the War at A.C.T; Legacy of Light and A Picasso at San Jose Rep; Double Indemnity at A.C.T. in Seattle and Dr.  Jekyll & Mr. Hyde at Arizona Theatre Company. Film work includes Quitters, A Fighting Season, Love & Taxes and This is Hamlet. She holds a master's degree in educational theater from New York University and is the cofounder of StageWrite, Building Literacy through Theatre. Carrie was recently named one of the Ten Bay Area Actors We Love by the San Jose Mercury News.  www.carriepaff.com

Jomar Tagatac* (Harpo/Ensemble) is really excited to be back here at Magic Theater to be part of this amazing process.  Credits include, Bao in The Happy Ones directed by Jonathan Moscone (Magic Theatre) The Best of Playground Festival 2013, Rights of Passage (New Conservatory Theatre) Down to This (Sleepwalkers Theater) and Sushil in Jesus in India (Magic Theatre). Jomar received his Bachelor's Degree in Theater from San Diego State University, and his Master of Fine Arts Degree from The American Conservatory Theater.  Jomar is a teaching artist at The New Conservatory Theater and a Hip Hop Instructor at various studios in the bay area.

* Members of Actors’ Equity Association, the Union of Professional Actors and Stage Managers 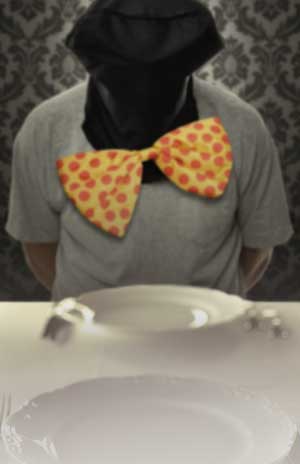