Yearning for the comfort of his idealized Midwestern roots, Vince returns to the family’s homestead to find a very different kind of inheritance — proving that there is, indeed, no place like home..

"The brutal clarity of Shepard's masterpiece...has not diminished a bit since its debut. Shepard's savage deconstruction of the American heartland...is as emotionally devastating as ever in Loretta Greco's blistering revival at the Magic." —Karen D'Souza, San Jose Mercury News

“Buried Child emerges as a play for the ages.”—The New York Times

Sam Shepard (Playwright) was first produced in New York in 1963 at Theatre Genesis and many times at La MaMa and Café Cino. Eleven of his plays have won Obie Awards including The Tooth of Crime (1972) and Curse of the Starving Class (1976). He was awarded a Pulitzer Prize for his play Buried Child (1979), which made its world premiere at Magic Theatre in 1978. The critically acclaimed production of True West, starring John Malkovich and Gary Sinise opened in New York in 1982 after the play’s world premiere at Magic Theatre in 1980. Fool For Love (1982), originally produced at Magic Theatre starring Ed Harris and Kathy Baker, received the Obie for Best Play and Direction. A Lie of the Mind (1985) won the New York Drama Critics’ Circle Award and the Outer Critic’s Circle Award for Outstanding New Play. Simpatico opened at The Royal Court Theatre after its premiere at The Public Theatre in 1994 and was made into a feature film by Matthew Warchus starring Nick Nolte and Sharon Stone. A revised Buried Child under the direction of Gary Sinise opened on Broadway in 1996 and was nominated for a Tony Award. Signature Theatre devoted its season to him that same year. Several new plays opened over the next ten years in the United States and in London, most notably The Late Henry Moss and The God of Hell. Mr. Shepard recently began a fruitful collaboration with The Abbey Theatre in Dublin, Ireland where Kicking a Dead Horse and Ages of the Moon premiered. As an actor, he is perhaps best known for his roles in Days of Heaven, The Right Stuff and Frances. His latest play, Heartless, premiered at Signature Theatre in August, 2012. His third book, Day Out of Days, was published last year.

Meet the Cast and Crew

Loretta Greco+ (Director/Producing Artistic Director) is proud to be launching her sixth season as Magic’s Producing Artistic Director where in the last five seasons she has developed and produced more than a dozen new plays. Her selected directing credits at Magic include: Mauritius, Goldfish, Oedipus el Rey, Or, , What We’re Up Against, Annapurna, Bruja, The Other Place, and Se Llama Cristina. Ms. Greco’s New York premieres include: Tracey Scott Wilson’s The Story, the Obie Award-winning Lackawanna Blues by Ruben Santiago Hudson, and Nilo Cruz’s Two Sisters and a Piano at The Public Theater; Katherine Walat’s Victoria Martin Math Team Queen, Karen Hartman’s Gum, Toni Press Coffman’s Touch, and Rinne Groff’s Inky at Women’s Project; Emily Mann’s Meshugah at Naked Angels; Laura Cahill’s Mercy at The Vineyard Theatre and Nilo Cruz’s A Park in Our House at New York Theatre Workshop. Additional regional credits include the critically acclaimed revival of David Mamet’s Speed-the-Plow and the West Coast premiere of David Harrower’s Blackbird at American Conservatory Theater; Romeo and Juliet and Stop Kiss at Oregon Shakespeare Festival as well as productions at LaJolla Playhouse, South Coast Repertory, McCarter Theatre Center, Long Wharf Theatre, Studio Theater, Intiman Theatre, Williamstown Theatre Festival, Cincinnati Playhouse in the Park, The Repertory Theatre of St Louis, Area Stage, Coconut Grove Playhouse, Playmakers Repertory Company, and The Cleveland Play House. She directed the national tour of Emily Mann’s Having Our Say as well as the International premiere at the Market Theatre in Johannesburg, South Africa. Ms. Greco has developed work with dozens of writers at Sundance, The O’Neill, South Coast Repertory, The Mark Taper Forum, New Harmony, New York Stage and Film, The Cherry Lane, New Dramatists, and The Public. Prior to her Magic post, she served as Producing Artistic Director of New York’s Women’s Project and as The Associate Director/Resident Producer at the McCarter Theatre in Princeton where she conceived and launched their Second Stage-On-Stage Initiative and commissioned the work of Doug Wright, Nilo Cruz, and Joyce Carol Oates among others. Ms. Greco received her MFA from Catholic University, her BA from Loyola University, New Orleans and is recipient of two Drama League Fellowships and a Princess Grace Award.

Denise Balthrop Cassidy* (Halie) is delighted to be performing at Magic Theatre. Her stage work includes performances at The Kennedy Center for the Performing Arts, Berkeley Repertory Theatre, Quinapalus Theatre Co., Campo Santo, Encore Theatre/Z Space, Eureka Theatre, San Jose Stage, Pacific Alliance Stage, Pear Avenue Theatre/Bootstrap, Women in Time, B Street Theatre, and Word For Word, where she also directed Communist (starring Rod Gnapp). Before moving to the Bay Area Denise was a Teaching and Performing Artist at Cornell University, toured the US with National Players, and toured Europe with the Department of Defense Overseas Tour Shows as well as the US Information Agency. She has performed big roles in small films, and small roles in big films, including opposite Sean Penn in The Assassination of Richard Nixon while six months pregnant. Denise holds a BA from Duke University and an MFA from The Catholic University of America. She is a proud member of Actors’ Equity. Much love and gratitude to Barney, BJ, John, and Rose for their support!

Elaina Garrity (Shelly) is originally from Pleasant Hill, where she began studying dance as a child, and then performing with Diablo Theatre Company, Stars2000, CCCT, Kinsella Conservatory, DVC, and others. Her vocal pursuits were later cultivated with Steve Kinsella, Dr. Lee Strawn, and Richard Nickol. She just spent the past four years pursuing her Bachelor's at SFSU, where she graduated cum laude with a degree in Drama Performance and a minor in Business Marketing. She was recently seen as Gabriela in References to Salvador Dalí Make Me Hot at SFSU, and Elena Ortega in Guerilla Rep's My Tia Loca's Life of Crime, by local playwright Roy Conboy. Other favorite roles include Juliet, Killaine in The Clearing, and Ronette in Little Shop of Horrors.

Rod Gnapp* (Dodge) A veteran of Bay Area stages, Mr. Gnapp was last seen at Magic in Se Llama Cristina, Annapurna, What We're Up Against, Goldfish, Mrs. Whitney and Mauritius. He recently appeared in The Beauty Queen of Leenane at Marin Theatre Company, The Elaborate Entrance of Chad Diety at the Aurora Theatre Company and Behanding in Spokane at the SF Playhouse. Theatre credits also include work at American Conservatory Theater, Berkeley Rep, California Shakespeare Theater, San Jose Rep, TheatreWorks, Marin Theatre Company, the Huntington Theatre Company, Brooklyn Academy of Music, Seattle Rep, Virginia Playhouse and the Pittsburgh Public Theater. Mr. Gnapp can be seen in the independent feature film Touching Home by the Miller Brothers, with Ed Harris. He can also be seen in Valley of the Hearts Delite, Calendar Confloption (Pixar), and Return to the Streets of San Francisco. He is the recipient of many Bay Area Theatre Critics Circle (BATCC) Awards and is a graduate of the American Conservatory Theater's MFA program.

Lawrence Radecker (Father Dewis) is a resident artist with Crowded Fire Theater Company who has developed and debuted roles in a number of their world premieres including Marilee Talkingtonʼs Sticky Time, Caridad Svichʼs Wreckage, Liz Duffy Adamsʼ The Listener and Dominic Orlandoʼs Juan Gelion Dances for the Sun. Most recently he was seen in Crowded Fireʼs west coast premiere of Thomas Bradshawʼs The Bereaved. He has also worked with Golden Thread, Thick Description, Marin Theatre Company, Brava! For Women in the Arts, Cutting Ball and Uncle Buzzy's Hometown Theatre Show. This is his Magic debut. He can also be seen and heard in a variety of industrials and voiceovers, as well as a few films and television series.

James Wagner* (Tilden) was recently seen as Tripp in Other Desert Cities at the Fusion Theatre Company. He originated the roles of Weber in the world premiere of Theresa Rebeck’s What We’re Up Against at Magic Theatre and Ethan in the world premiere of Steve Yockey’s Very Still and Hard to See at the Production Company in Los Angeles. Other theatre credits include New Jerusalem at LA Theatre Works, Secret Order at San Jose Rep, Mauritius at Magic Theatre, A Christmas Carol at the American Conservatory Theatre, Betrayed and The Busy World Is Hushed at the Aurora Theatre, Bad Evidence at the Elephant Theatre Company, Cost of the Erection at the Blank Theatre Company, Beauty and the Beast at the B-street Theatre, Candida, David Copperfield, A Midsummer Night’s Dream, The Rainmaker, The Glass Menagerie, and Mother Courage. His list of 30 short and feature film credits include two Antero Alli films and recently the lead in the short film Share. Wagner has an M.F.A. from A.C.T. and can be found online at www.jameslouiswagner.com

Kevin Johnson* (Stage Manager) stage-managed last season’s production of The Other Place for Magic Theatre. Locally, some of the other theatres he has stage-managed for include Aurora Theatre Company, Berkeley Repertory Theatre, California Shakespeare Theatre, Lorraine Hansberry Theatre, Marin Theatre Company, Shotgun Players, and Word for Word. He has also stage-managed dance and music productions, as well as the last album of Dave Brubeck’s choral music, Brubeck and American Poets.

*Member of Actors' Equity Association, the Union of Professional Actors and Stage Managers. 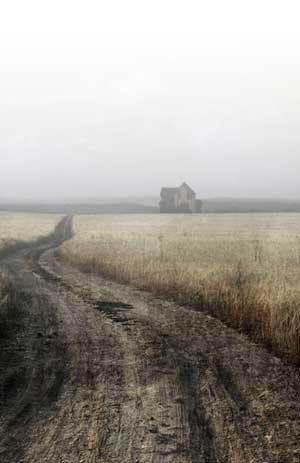