Cousin Daphna, Jonah, and Liam are Jewish. But when religious Daphna squares off with secular Liam and his shiksa girlfriend over a family heirloom, they battle it out Old Testament style.

"Delectably savage and supremely funny...best comedy of the season." -The New York Times

Joshua Harmon (Playwright) Bad Jews had its world premiere in a sold-out run at Roundabout Underground and was the first play to transfer to the Roundabouts' Laura Pels (Outer Critics Circle & Lucille Lortel nominations, Best Play). Bad Jews will receive more than a dozen productions around the country next season, and had its UK premiere this summer at Theatre Royal Bath. His plays have also been produced and developed by Manhattan Theatre Club, The O'Neill, Williamstown Theatre Festival, Hangar Theatre, and Actor's Express, where he was the 2010-2011 National New Play Network Playwright-in-Residence. Fellowships include MacDowell, Atlantic Center for the Arts, SPACE at Ryder Farm, and the Eudora Welty Foundation. A graduate of Julliard, he is under commission from Roundabout and Lincoln Center.

Ryan Guzzo Purcell (Director) returns to Magic Theatre following his Magic debut with last season’s world premiere pen/man/ship. His directing work has been seen at The Hangar Theater, LaMaMa ETC, The Olney Theatre Center, The Village Gate, and Brown Playwrights Rep, and he has worked with theatre artists ranging from Robert Wilson to Dan Savage. At Magic, he previously served as an Artistic Direction Apprentice, and has directed workshops with Lloyd Suh and Theresa Rebeck as well as the performance of the The Laramie Project: Ten Years Later. In addition to pen/man/ship, he directed Sam Shepard's Birthday Bash, a performance collage of Sam's work built in one day with a community of Bay Area artists in honor of Sam's 70th birthday. He is the recipient of a Fulbright Scholarship, a Drama League Directing Fellowship, and a 2014 Princess Grace Award winner. Teaching credits include Stanford University, Brown University, American Conservatory Theater, and San Francisco Juvenile Detention Center. He received his MFA from Brown University/Trinity Rep in 2013

Rebecca Benhayon* (Daphna) is thrilled to be making her west coast debut in one of her favorite new plays, Bad Jews. Originally from East Tennessee, Rebecca has worked extensively on stage and in film and television, recently appearing in several IBM commercials directed by Jesse Dylan. Favorite credits include Our Greatest Year (Dobama Theater), Cowboy Mouth (Kraine Theater), Kansas City Or Along The Way (New York International Fringe Festival) and Delocated (Adult Swim), though she’s probably best known for providing the voice and movement for Gracie Ancelotti, the foul mouthed mob boss’s daughter, in Rockstar Game’s Grand Theft Auto IV. A proud member of SAG/AFTRA and AEA, Rebecca is a graduate of NYU’s Tisch School of the Arts and studies Committed Impulse with Josh Pais. She lives in New York City with her husband, Robert, and their cat, Radish. This one’s for Shirley F.

Riley Krull* (Melody) is delighted to be back at the Magic after debuting here as Nora in the World Premiere Play, Another Way Home. She most recently finished a turn with Mamma Mia! at the New Tropicana Hotel and Casino in Las Vegas where she understudied and closed the run as Sophie. Bay Area credits include: The World Premiere musical Being Earnest (Cecily) with TheatreWorks, Jerusalem (Tanya) with SF Playhouse, The West Coast Premiere of Carrie, The Musical (Chris) with Ray of Light Theatre, Sugar (Sugar) and Three Sisters (Mary) with 42nd Street Moon, Spring Awakening (Wendla) with Altarena Playhouse, Legally Blonde, The Musical (Margot) with Diablo Theatre Company, The Underpants (Louise) with Custom Made Theatre Co. and The Little Foxes (Alexandra) with Tides Theatre. Riley has a BFA in Musical Theatre from the Boston Conservatory of Music and studied at London’s Royal Academy of Dramatic Art. Proud member of Actor’s Equity. For her web series “You Are Here” and lots more, visit www.rileykrull.com.

Max Rosenak* (Liam) is thrilled to be working with Magic Theatre. Previous Bay Area credits include: A Christmas Carol(American Conservatory Theater), The Drawer Boy (TheatreFirst) My Name Is Asher Lev (B Street Theatre), The Soldier’s Tale (Music@Menlo). New York: 6969 (59E59 Theatre), Help Me to Make It (New Ohio Theatre), The James Wilde Project (InterArt Theatre). Film/TV: La Mission (2009 Sundance Film Selection), Laurence, Seducing Charlie Barker, “Tosh.0”. Max has worked as a teaching artist with The Olney Theatre Summer Institute, Boston University Summer Theatre Institute, and with A Noise Within, and is currently a Voice and Text apprentice under Nancy Benjamin in the MFA program at A.C.T. He is a proud company member of The Williams Project and the New York based company, CollaborationTown Education: BFA, Boston University. MFA, American Conservatory Theater. Member of Actors' Equity. thewilliamsproject.squarespace.com

Kenny Toll* (Jonah) is thrilled to be making his Magic Theatre debut with Bad Jews. An LA native, he is a graduate of San Francisco State University and a co-founder of Do It Live! Productions. Recently he has been seen in the Tom Waits adaptation of Woyzeck and The Coast of Utopia trilogy at The Shotgun Players, Red Virgin andDracula Inquest at Central Works, Hamlet with Do It Live!, Seminar (u/s) with SF Playhouse, and The Merchant of Venice with Kingsmen Shakespeare. He also recently co-directed The Tempest with creative  partner William Hand at the Thick house. Thanks to his family and the Anza haus for all the support. Catch him up next in Peter and the Starcatcher at TheatreWorks followed by Antigonick at Shotgun. 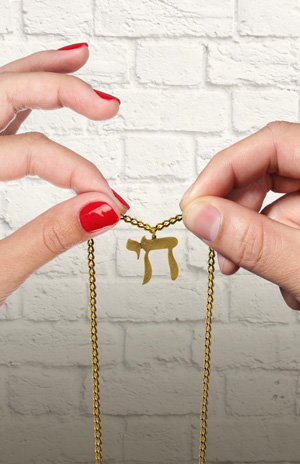