Lovely, upbeat Sara Jane is valiantly trying to keep it a sunny day as she waits on the home front for her husband Jerry. Though she believes in the cause, nothing has seemed quite right lately. There’s a lot to figure out, and it’s possible that singing through it all might help. Acclaimed playwright Victor Lodato and celebrated composer Polly Pen team up to bring us this eccentric and powerful story.

"Intimate and haunting... Music is like oxygen to Sara Jane, who lives in a melodic heightened reality in which speech and song converge with a surprising lack of artifice.....The intimacy of this tale is what gives it such intensity."

There's much to enjoy in Lodato's often witty, poetically spare lyrics and in Pen's complex interweaving and reuse of melodies."

An inaugural version of Arlington was commissioned and presented by PREMIERES in New York City, Paulette Haupt, Artistic Director.Arlington is the recipient of an Edgerton Foundation New American Plays Award and is made possible, in part, by the Ted & Mary Jo Shen Charitable Gift Fund.

Victor Lodato (Book and Lyrics) is a playwright and novelist.  He is a Guggenheim Fellow, as well as the recipient of the Weissberger Award for his play Motherhouse.  Other plays include Wildlife, Dear Sara Jane, The Bread of Winter, Margo and Zelda, and Slay the Dragon.  Other honors include a Helen Merrill Award, the John Golden Prize, Julie Harris Playwriting Award; as well as fellowships from the National Endowment for the Arts, The Princess Grace Foundation, The Robert Chesley Foundation, The Camargo Foundation (France), and The Bogliasco Foundation (Italy).

His play 3F, 4F received its world premiere at the Magic Theatre, as did his play The Eviction (winner of a Roger L. Stevens Award from The Kennedy Center Fund for New American Plays).  The Eviction was subsequently produced by Theatre Na Zabradli in Prague, where it remains part of the company’s permanent repertory. Other works have been produced at Actors Theatre of Louisville (Humana Festival), Contemporary American Theater Festival, Summer Play Festival/NYC, Theater Alliance (Washington, DC), Quartieri dell’Arte Festival (Viterbo, Italy), and Teatro Colosseo (Rome).  His plays have received workshops and readings at Manhattan Theatre Club, American Conservatory Theatre, The National Theatre/London, The Guthrie Theatre, Williamstown Theatre Festival, and Primary Stages. Victor has thrice developed work at the O'Neill Playwrights Conference.  He has received commissions from South Coast Repertory and the Magic Theatre.

Victor’s first novel, Mathilda Savitch, was published by Farrar, Straus, and Giroux. The book has been translated into ten languages, and published in thirteen countries.  Mathilda Savitch received the PEN USA Award for Fiction, and the Barnes & Noble Discover Prize. Victor’s short fiction has been published in numerous magazines, including The New Yorker.

Arlington will receive its New York City premiere at The Vineyard Theatre in 2014.

Polly Pen (Composer) is an Obie Award winner for the score of Bed and Sofa, which received seven Drama Desk nominations. Bed and Sofa premiered at the Vineyard Theatre, NYC and recently received its London premiere at the Finborough Theatre.  Polly’s first Off-Broadway production as both composer and co-author, Goblin Market, received five Drama Desk nominations and the BEST PLAYS Special Citation for Musical Composition and Adaptation.  Other works include The Night Governess (McCarter Theatre), House for Sale (Duke Theatre), Her Lightness (Sarasota Opera), The Dumb Cake (a radio musical for NPR), Embarrassments (Wilma Theater) and Christina Alberta’s Father  (Vineyard Theatre), which received a Richard Rodgers Award, an Obie and a Drama Desk nomination for Outstanding Music.  Polly is the recipient of several NEA grants, The Kitty Carlisle Hart Award and the Gilman & Gonzalez-Falla Award for Musical Theatre.  She has been honored by a residency at the Rockefeller Foundation’s Bellagio Center and received the 2009 Flora Roberts Award for a distinguished body of work. She has been a National Theatre Artist-in-Residence at McCarter Theatre,  and is a professor at NYU’s Graduate Musical Theatre Writing Program. Polly has served on the Council of The Dramatists Guild and currently serves on the Board of Dramatists Play Service.  In another life, Polly has worked extensively as an actor on Broadway, Off-Broadway and in repertory theatres throughout the U.S.

Analisa Leaming* (Sara Jane) is honored to be originating the role of Sara Jane at Magic Theatre. Off-Broadway: Where's Charley? (Encores!), Pipe Dream (Encores!), The Fartiste. Tours: Annie (Grace Farrell), The Sound of Music (Maria u/s). Regional: Pirates! (Mabel) at The MUNY, The Music Man (Marian Paroo) at the Geva Theatre, Hello, Dolly! (Irene Molloy) at NSMT, She Loves Me (Amalia) at the Infinity Theatre, The Game (Emilie) and Sweeney Todd at the Barrington Stage Company. Ms. Leaming is a winner of the international Lotte Lenya Competition for singers and was recently seen in concert with the Kurt Weill Fest in Germany and Weill on Broadway in New York City. B.M. Eastman School of Music. Proud member of AEA. Love and gratitude to Joseph, Mom, Ron, and The Gage Group. www.analisaleaming.com

* Member of Actors’ Equity Association, the Union of Professional Actors and Stage Managers. 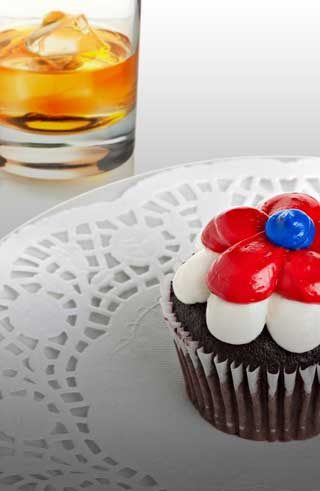