And I and Silence

In segregated 1950's America, two women bridge a racial and cultural divide to transcend their fate. From Naomi Wallace comes a playful and poetic story of survival.

"Wallace is one of the most subtle and politically engaged playwrights of her generation." -Variety

Naomi Wallace is a playwright from Kentucky. Her plays—which have been produced in the United Kingdom, the United States, Europe, and the Middle East—include In the Heart of America,Slaughter City, One Flea Spare, The Trestle at Pope Lick Creek, Things of Dry Hours, The FeverChart: Three Visions of the Middle East, And I and Silence, The Hard Weather Boating Party,The Liquid Plain. Her stage adaptation of William Wharton's novel Birdy was produced on theWest End in London. In 2009, One Flea Spare was incorporated into the permanent répertoireof the French National Theater, the Comédie-Française. Only two American playwrights havebeen added to La Comédie's repertoire in 300 years. Films: Lawn Dogs, The War Boys, FlyingBlind (co-written with Bruce-Mcleod). Awards: Susan Smith Blackburn Prize (twice), JosephKesselring Prize, Fellowship of Southern Writers Drama Award, Obie Award, and the 2012Horton-Foote Award for most promising new American play. She is also a recipient of theMacArthur Fellowship and a National Endowment for the Arts development grant. In 2013 Wallace received the inaugural Windham Campbell prize for drama.

Jessi Campbell* (Dee) is very happy to be returning to the stage and so grateful to be working again with her dear longtime friend. Jessi has worked in theater, film, and TV in NYC and San Francisco. Favorite acting credits include: Blackbird (American Conservatory Theater), Speed-the-Plow (American Conservatory Theater), Inky (Women’s Project), Victoria Martin: Math Team Queen (Women’s Project), Commedia Dell Smartass (Ohio Theatre) and Lascivious Something (Cherry Lane Theater). She received her B.F.A. in Acting from The Theatre School at DePaul University. Member of AEA and SAG.

Tristan Cunningham* (Jamie) Tristan Cunningham started her performing days when she was only ten with Vermont’s own country circus, Circus Smirkus. After touring for eight years, she decided to change her focus to acting and recently graduated with a B.F.A from S.U.N.Y Purchase Acting Conservatory. Her Bay Area credits include: A Midsummer Night's Dream with The San Francisco Shakespeare Festival, A Winter's Tale, The Comedy of Errors, A Midsummer Night's Dream with California Shakespeare Theater, and The Arsonists with The Aurora Theater.  She is a proud member of Actors Equity Association and she is honored to be work with Magic Theater for the first time.

Siobhan Marie Doherty (Young Dee) is thrilled to be back at Magic after making her debut here as Queen Bee in Taylor Mac's The Lily's Revenge.  A graduate of NYU's Tisch School for the Arts, she performed in numerous NYC venues before her return to west coast.  Select Bay Area credits include: 2012, The Musical! (Suze) with SF Mime Troupe, Speakeasy (Dorothy) with Boxcar, Merry Wives of Windsor (M. Quickly) with the Livermore Shakespeare Festival, and Tenderloin (Cara/Mary Anne) with Cutting Ball, a documentary play which she helped research and perform, and for which she was nominated for a Bay Area Theatre Critics Circle Award.  A wearer of many artistic hats, she also performs sketch comedy (Killing My Lobster, PianoFight, The Mess), directs (Playwrights Foundation, Bay One Acts Festival), and teaches drama (Nueva, Theatreworks, Word For Word).  Everlasting gratitude to her family, Jim Shelby, and many others who have been both support and beacons over the years.  She can be seen next in KMLZ Holidaze! at ZSpace.  www.siobhanmariedoherty.com

Angel Moore* (Young Jamie) is from Cincinnati, OH.  Some of her favorite credits include: Cassandra (Vanya and Sonia and Masha and Spike) at Shakespeare and Company, Beneatha (A Raisin in the Sun), Esther (Intimate Apparel), Ismene (Antigone), Gwen (A Song for Coretta), Penny (You Cant Take It With You) and Mary (Black Nativity). Angel holds an MFA from Mason Gross School of the Arts, Rutgers University and a BA from Alabama State University. angelmoore.net 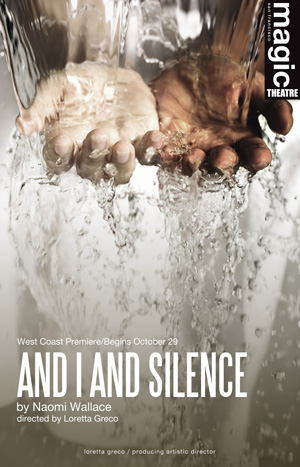