A Lie of the Mind

A landmark play filled with enormous vitality, and humor, it explores the destinies of two families, linked by marriage but set apart by jealousies and distrust, to probe into the human heart, and the destructiveness which it can engender.

"His richest and most penetrating play, a 20th century masterwork... to be compared to O'Neils Long Day's Journey Into Night and Pinter's Homecoming." - The New York Times

“…a smart, fulfilling dance of love, dependence and obsession in Shepard country.”

“..emotional ups and downs, storms and lulls, and comedy — both generous and savage — of Shepard’s roller-coaster ride through intertwined tales of the two families involved.” - San Francisco Chronicle

Sam Shepard (Playwright) was born Samuel Shepard Rogers VII on November 5, 1943, in Fort Sheridan, Illinois. The son of a career Army father, Shepard spent his childhood on military bases in the United States and Guam before his family settled on a farm in Duarte, California. Shepard worked as a stable hand on a ranch in Chino from 1958 to 1960 and studied agriculture for a year at Mount Antonio Junior College. After leaving college, he joined the Bishop’s Company Repertory Players, a touring theater group. In 1963, Shepard moved to New York City, where he worked as a busboy at the Village Gate in Greenwich Village and began to write plays for the emerging experimental underground theater scene.

He made his debut at Theatre Genesis on October 10, 1964, with the double-billed Cowboy and Rock Garden. In 1965 he presented Up to Thursday and 4-H Club at Theatre 65, Dog and Rocking Chair at La MaMa Experimental Theatre Club, Chicago at Genesis, and Icarus’s Mother at Caffe Cino. Although many mainstream critics were baffled by his raw, chaotic, almost Beckettian pieces, he was soon hailed by the New York Times as “the generally acknowledged ‘genius’ of the [Off Off-Broadway] circuit.” In 1966, Red Cross, Chicago, and Icarus’s Mother earned Shepard a trio of Village Voice Obie Awards. In 1967 and 1968, Shepard wrote La Turista, his first full-length play, Melodrama Play, and Forensic and The Navigators, all of which also won Obie awards, and Cowboys #2, which premiered in Los Angeles. In 1969, Shepard began a stint playing drums and guitar with the cult “amphetamine rock band” the Holy Modal Rounders, later telling an interviewer that he would rather be a rock star than a playwright. He nevertheless continued to write plays, completing Holy Ghostly and The Unseen Hand in 1969, Operation Sidewinder and Shaved Splits in 1970, Mad Dog Blues, Back Bog Beast Bait, and Cowboy Mouth (written with poet/musician Patti Smith) in 1971. He left the Rounders in 1971 and moved to England, where he lived for the next three years. Two notable plays of this period—The Tooth Of Crime (1972, Obie Award) and Geography Of A Horse Dreamer (1974)—premiered in London.

In 1973 he published his first book of essays and poems, Hawk Moon. Two similar collections followed in 1977 and 1982. In 1974 Shepard returned to the United States and became the playwright-in-residence at the Magic Theatre in San Francisco, a position he held until1984. Plays from this period include Action (Obie Award, 1974), Killer’s Head (1975), Angel City (1976), and Suicide In B-Flat (1976). Beginning in the late 1970s, Shepard applied his unconventional dramatic vision to a more conventional dramatic form, the family tragedy, producing Curse Of The Starving Class and Buried Child in 1978 (both of which won Obie Awards) and True West in 1980. The three plays are linked thematically in their examination of troubled and tempestuous blood relationships in a fragmented society. Shepard achieved his warmest critical reception with Buried Child, which also won the Pulitzer Prize for drama. Washington Post theater critic David Richards wrote, “Shepard delivers a requiem for America, land of the surreal and home of the crazed…The amber waves of grain mask a dark secret. The fruited plain is rotting and the purple mountain’s majesty is like a bad bruise on the landscape.”

Shepard began a new career as a film actor in 1978, appearing in Renaldo and Clara and Terrence Malick’s Days of Heaven. He also began collaborating with Joseph Chaikin on Tongues, a stage work with music that was heavily dependent on the theories of Antonin Artaud. Shepard and Chaikin would also collaborate on Savage/Love (1979), War In Heaven (1985), and When The World Was Green (A Chef’s Fable) (1996). Throughout the 1980s and into the ’90s, Shepard continued to write plays—Fool For Love (1983) won Obie awards for best play as well as direction, and A Lie Of The Mind (1985) garnered the New York Drama Critics Circle Award and Outer Critics Circle Award for outstanding new play—and expand his work in film. He appeared as an actor in the films Resurrection (1980), Raggedy Man (1981), Frances (1982), The Right Stuff (Academy Award nomination, 1983), Country (1984), his own Fool for Love (director, Robert Altman, 1985), Crimes of the Heart (1986), Baby Boom (1987), Steel Magnolias (1989), Voyager (1991), Thunderheart (1992), and The Pelican Brief (1993). He also worked on several screenplays, including Paris, Texas with Wim Wenders (Palme d’Or, Cannes Film Festival, 1984). As writer/director, he filmed Far North and Silent Tongue, in 1988 and 1992, respectively.

Shepard’s play Stages Of Shock premiered at the American Place Theatre in 1991, and Simpatico transferred to the Royal Court Theatre after its premiere in 1994 at the New York Shakespeare Festival. A revised Buried Child, under the direction of Gary Sinise, opened on Broadway in April 1996 and earned a Tony Award nomination. Eyes For Consuela, based on a short story by Octavio Paz, premiered at Manhattan Theatre Club in 1998. Magic Theatre premiered The Late Henry Moss, starring Sean Penn and Nick Nolte, before it was moved to the Signature Theatre in New York in 2001. Shepard’s projects also include the short story collection Great Dream of Heaven (2002); the plays The God Of Hell (2005) and Kicking A Dead Horse, which premiered in Dublin, Ireland, in March 2007 and had its New York premiere in July 2008 at The Public Theater; the films Black Hawk Down (actor, 2001), Don’t Come Knocking (his second collaboration with Wenders, writer/actor, 2006), The Assassination of Jesse James by the Coward Robert Ford (actor, 2007), and Descending from Heaven (actor, with Pamela Reed). Shepard is considered one of the foremost modern American playwrights. The Signature Theatre devoted its entire 1996–97 season to his plays. In 1985 he was inducted into the American Academy of Arts and Letters, which awarded him the Gold Medal for Drama in 1992. In 1994 he was inducted into the Theatre Hall of Fame.

Writing in the New Republic, Robert Brustein called Shepard “one of our most celebrated writers,” adding that his plays “have overturned theatrical conventions and created a new kind of drama.”

Jessi Campbell* (Beth) is very happy to be returning to the Magic and so grateful to be working again with her dear longtime friend. Jessi has worked in theater, film, and TV in NYC and San Francisco. She most recently played Dee in the Magic Theatre's And I And Silence. Other favorite acting credits include: Blackbird (American Conservatory Theater), Speed-the-Plow (American Conservatory Theater), Inky (Women’s Project), Victoria Martin: Math Team Queen (Women’s Project), Commedia Dell Smartass (Ohio Theatre) and Lascivious Something (Cherry Lane Theater). She received her B.F.A. in Acting from The Theatre School at DePaul University. Member of AEA and SAG.

Elaina Garrity (Sally) is a Bay Area native and holds a B.A. in Theatre from SFSU, with an emphasis in performance and a minor in Marketing. There, she played Gabriela in References to Salvador Dali Make Me Hot, participated in Brown Bag Theatre, and graduated magna cum laude. She was most recently seen in The Magic Theatre's production of Buried Child as Shelly, for which she received a nomination for best supporting actress by SFBATCC. Since then, Elaina has signed with Marla Dell Talent Agency, and dedicated her time to print and commercial work. She has modeled for North Face and Gap, and will soon be seen on the Discovery channel, and a UCSF commercial and print campaign. She is absolutely thrilled to be back in the theatre, and thanks her family, Alex, and her wonderful nannying clientele (who are family, too!) for all their love and support.

Sean San Jose* (Jake) is thrilled to continue working with Loretta Greco and the Magic Theatre, having been part of three premieres in recent years and two productions in the Magic Theatre’s current season- including the premiere of Luis Alfaro’s The Golden State.  San José is a proud member of Campo Santo- a new performance company here in San Francisco. camposantosf.org

James Wagner* (Mike) was recently seen as Martin in Seminar at the San Francisco Playhouse. He originated the roles of Weber in the world premiere of Theresa Rebeck’s What We’re Up Against at the Magic Theatre and Ethan in the world premiere of Steve Yockey’s Very Still and Hard to See at the Production Company in Los Angeles. Other theatre credits include Buried Child at The Magic Theater, Other Desert Cities at the Fusion Theatre Company, New Jerusalem at LA Theatre Works, Secret Order at San Jose Rep, Mauritius at The Magic Theatre, A Christmas Carol at the American Conservatory Theatre, Betrayed and The Busy World is Hushed at the Aurora Theatre, Bad Evidence at the Elephant Theatre Company, Cost of the Erection at the Blank Theatre Company, Beauty and the Beast at the B-street theatre, Candida, David Copperfield, A Midsummer Night’s Dream, The Rainmaker, The Glass Menagerie, Mother Courage, and more. His list of 30 short and feature film credits include two Antero Alli films and recently the lead in the award winning short film Share. Wagner trained at the American Conservatory Theater. His work is online at www.jameslouiswagner.com

“The pleasure derived from exploring Shepard’s cannon over the course of our five year celebration is hard to describe; I don’t know of another dramatist that has written as deeply and prolifically over the course of five decades with such raw humility and heart. As perennial students of theater this astounding body of work allows for an incomparably rich experience.   Sam’s constancy in excavating our most primal impulses and multiple identities through scored language, super scaled mythos and American swagger is on full display within A Lie Of The Mind, which he wrote in 1985 after completing Fool For Love.”

“ Rehearsing this masterwork that mixes ferocious violence with familial humor, a subversive war between the sexes  and the primal trappings of the great western frontier is a ton of fun because it demands we wrestle with an unending array of  beautifully complex questions about the nature of being.  Rehearsing is an endless exploration that demands the company to bring their best and worst states of mind to the table each and every moment.”- Loretta Greco

“By turns aching and hilarious – and always as lyrical as its accompanying music – A Lie Of The Mind is the unmistakable expression of a major writer nearing the height of his powers.” —The New York Times

"A Lie Of The Mind is a mesmerizing, emotionally raw play that once again pulls the view into Shepard's distinctive world of disturbed reality and hungry hearts." —Variety

"Sam Shepard's A Lie Of The Mind, his newest and most mature work to date, is a brilliant theatrical rendering, a play of enormous emotional power and intellectual strength." —The Hollywood Reporter

"Sam Shepard is surely the only dramatist alive who could tell a story as sad and frightening as this one and make such a funny play of it without ever skimping on its emotional depth." —The New Yorker 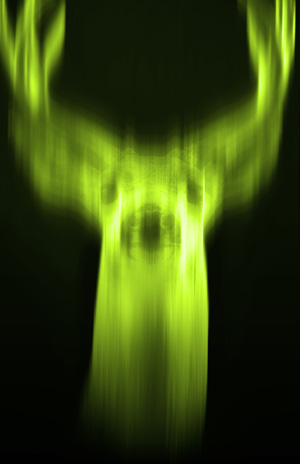